The following post is by Graham Steel. It is an adaptation of a five minute lightning talk given at Glasgow’s 1st Open Knowledge Foundation meet-up.

Commencing in 2001, I became involved in the Charitable Sector as Vice-Chair of a support group for families affected by a rare and invariably fatal neurodegenerative disease. This led to reading scientific papers for the first time. We were sent paper copies of Manuscripts published by the main two research camps in the UK who were involved in this field.

In the following year or so, I was alerted to PubMed which opened my eyes to a world of relevant literature, albeit, mainly only at the Abstract level. I drafted a template email to send to corresponding authors begging for PDF’s of full articles as it is pretty impossible to fully digest scientific papers just from the Abstract. 90% of requests were successful over the years. 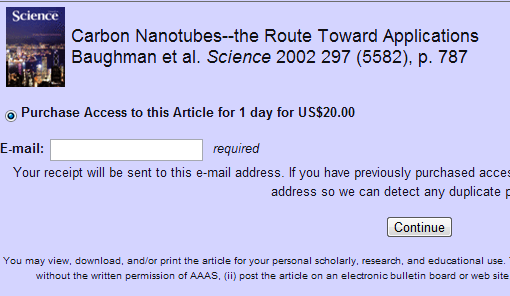 My library of research papers is fairly extensive (this is just the OA subset) and on not one occasion have I paid to obtain literature of interest. An interesting quote from Jack Andraka in this regard:-

“This was the [paywall to the] article I smuggled into class the day my teacher was explaining antibodies and how they worked. I was not able to access very many more articles directly. I was 14 and didn’t drive and it seemed impossible to go to a University and request access to journals.

“I soon learned that many of the papers I was interested in reading were hidden behind expensive paywalls. I convinced my mom to use her credit card for a few but was discouraged when some of them turned out to be expensive but not useful to me. She became much less willing to pay when she found some in the recycle bin!” – SOURCE

In mid 2006, I stumbled upon something dearly refreshing. Open Access (OA), a dream come true for a Patient Advocate. As I continued to delve into the world of ‘open’, in 2007, I learned about Open NoteBook Science (ONS) and made contact (and subsequently met in person) with the leaders in this field.

Having already become involved in the Open Knowledge Foundation (OKFN) that year, I later found about the Panton Principles in 2010. Great to see this development:-

“Science is based on building on, reusing and openly criticising the published body of scientific knowledge.

For science to effectively function, and for society to reap the full benefits from scientific endeavours, it is crucial that science data be made open”.

In terms of Open Data Repositories, there is an extensive list which can be accessed here on the Open Access Directory (OAD). Go check it out.

The one that I am most familiar with is figshare where I blog about Open Science. So my journey into science looks like this:-

The title of this post went a stage further in May this year in the form of a post by Claire Bower, Digital Comms. Manager, BMJ Group:-

“Publishing articles without making the data available is scientific malpractice”

To quote from the final paragraph:-

“As more funders and learned societies call for new ways to make research data more available, reusable and reproducible, it will be interesting to see how established and emerging platforms will work with researchers and publishers to make access to data as pain-free as possible”.

Graham Steel has been involved in Patient Advocacy since 2001 and is a strong advocate and vocal supporter of Open Access, Open Data and Free Culture (interview).

4 thoughts on “Publishing research without data is simply advertising, not science”