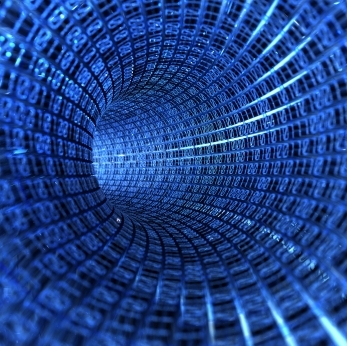 In a previous post, we advocated for the generation of a Public Digital Infrastructure (PDI), suggesting that governments should advance in the provision of open digital capabilities, free of restrictions, to do, within the law, whatever we want with them. These capabilities would be built on top of a national physical infrastructure and include data, services, software and knowledge.

A lot has been written in the last couple of years about open data. An large number of advocates and an increasing government commitment (mostly related to transparency, but also approaching infrastructure provisioning) suggest a promising future for open data. Probably, ten years from today, the term “open data” will no longer be used. “Closed government data” will be the main related concern, because public data will be globally open, by default.

On the road to Public Digital Infrastructure development, we propose going one step further from open data. We must move on to Open Government Services. 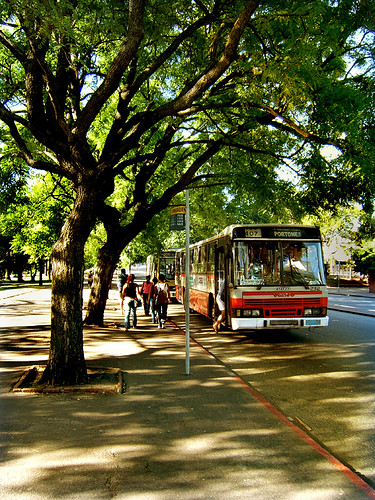 The Open Government Service definition we are proposing is slightly different from the one of Open Software Service from OKFN. While Open Software Services aim to be the “open source” version of online services, Open Government Services are more the service-version of Open Data: online services for exposing data and performing computation, without access restrictions and verifiable results.

Let us introduce a motivating example. At Montevideo, the bus timetable data is open. You can check, for each bus line, the departure and arrival times at certain checkpoints (the little watches in the following picture). In the software we developed for final users, we additionally estimate the scheduled time for each intermediate bus stop between checkpoints, calculating it using a rule of three simple. If somebody wants to develop a similar system, she should download our open data and implement the interpolation rule. Not too difficult. 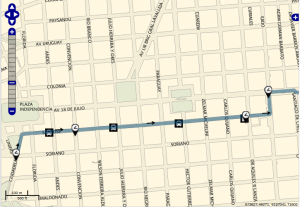 But, if you look at the problem from a developer’s point of view, something looks suboptimal. Why do you have to download the data? And, more important, why replicate an algorithm somebody already developed? If we, as the city, published an open service that, given a line and a bus stop, returned the (estimated) scheduled time, it would be much easier to develop an application for the Montevideo’s citizens (something that is, after all, the reason for freeing our data). In fact, this is exactly what is starting to happen. After we based our “A qué hora pasa?” web application on RESTful services (even when we did not even publish its specification), a third-party application started to use them, and we know some others are on the go.

There are some additional features of data that make Open Services not only convenient, but also necessary:

(*) I am tempted to add: “and using RESTful services!”, but the Semantic Web people would not be happy, and I have friends there.

Guillermo Moncecchi is Head of Development in the IT department of the city of Montevideo. He is also part of the Institute of Computer Science at the Universidad de la República, where he works on Natural Language Processing.

2 thoughts on “It is time for Open Services”