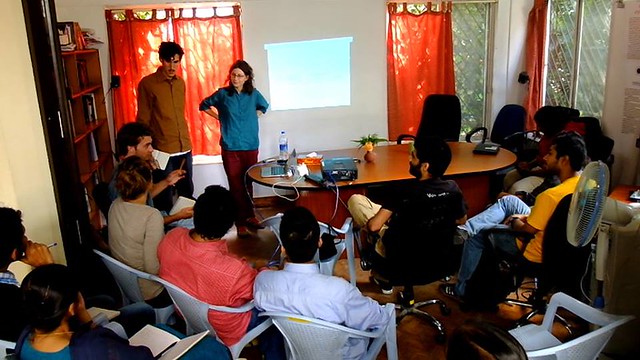 This is a guest blog post from Open Steps, an initiative by two young Berliners Alex (a software developer from Spain) and Margo (a graduate in European politics from France) who decided to leave their daily lives and travel around the world for one year to meet people and organizations working actively in open knowledge related projects, documenting them on their website.

Three months have already gone since we wrote the first report about our journey here on the Open Knowledge Foundation blog, sharing our experiences discovering and documenting Open Knowledge projects. After Europe, we travelled along the indian sub-continent, gathering impressions that we would now like to share with you through this article. 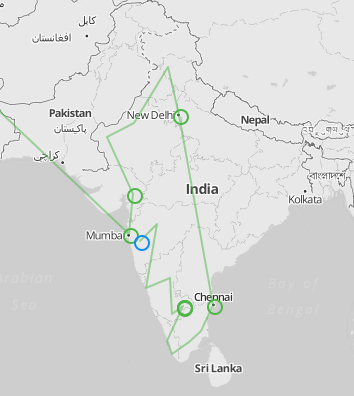 A big country full of active individuals and initiatives

India is a huge and heterogeneous country, strongly marked by the cultural, economical and social differences between its 28 states. This was the main challenge we had to face while exploring the existence of Open Government initiatives, the use of Open Data in different fields and the level of awareness about Open Cultures in general. After these three months, in which we have visited both northern and southern regions, we are impressed by the amount and quality of projects and individuals we have met.

The first proof of the momentum the Open Data movement is currently experiencing, is the presence of the national Open Data platform. Created in 2012, it hosts an increasing number of relevant datasets and is being currently improved with new features as API access, support for regional data and new on-site visualisations. As we could experience during our event in Delhi, where we had the opportunity to discuss with one of the developers behind the platform, the use of this data is being encouraged through App Challenges and regularly organised Hackathons. The existence of such a platform is a consequence of India’s participation within the Open Government initiative. Along this topic, we can also remark that although not yet taking part in the Open Government Partnership, a similar initiative we cover, India has already shown its commitment and has been listed as one of the eligible countries 2013 and could apply for it. 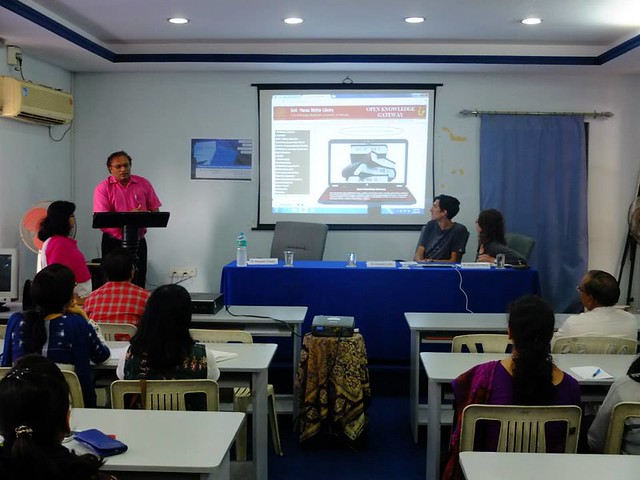 Our first workshop took place in Mumbai, where we were introduced to some members of the Datameet group. This small community of like-minded individuals, open-source supporters and data-activists is the second point we would like to underline here. This public online forum is the place you want to address if you are willing to stay up-to-date in all things open happening in India. Its members collaborate together in different projects, organise monthly events and stay connected across the huge country. And fact is, that we have met Datameet members on every event we have organised!

Data-activism and problem solving made in India

By running this project, we are learning new things everyday. One of the topics we have had the opportunity to explore more in detail is data-activism. Many groups we have met in India are using data as a tool for intelligent, resource-conscious and effective problem-solving at local level. Organisations such as Transparent Chennai and Karnataka Learning Partnership, who both helped us running our event, are remarkable examples of non-profit initiatives addressing social issues in their cities, Chennai and Bangalore respectively. Also, we discovered the Tactical Technologies Collective, a Berlin-based company with office in the Karnataka’s metropole which advises NGOs, journalists and activists on the smart use of data and technologies for advocacy. 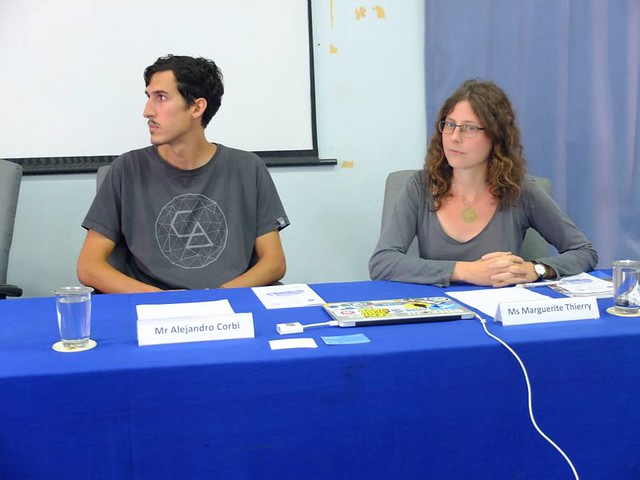 In addition, we experienced on first hand that the public administration is beginning to be aware of the benefits of Open Data. We took part in one of the meetings of the Open Government Committee at Karnataka Highway Improvement Project (KSHIP). There, we could give our input on which tools and strategies they could profit from to achieve their goal: realising their data to the public domain, encouraging citizen-participation and improving the decision-making process regarding the state’s road infrastructures.

Along our journey, we have met various kinds of organisations. But it was in Vadodara, Gujarat, where we had the chance to witness the use of open principles in the context of a university. We visited the Smt. Hansa Metha Library and spoke with its director about the Open Knowledge Gateway, an online hub they initiated where researchers and students can access publications, documentation and further information for free.

We could also discuss about Open Access in our meeting in Delhi, where the Open Access Week took place last October, organised in cooperation with UNESCO and the Jawaharlal Nehru University (JNU). This shows that the interest towards making academic information available for everyone is growing in India and universities are already committed to accelerate innovation this way.

North vs South: Is there any difference?

As a matter of fact, southern indian regions are, in general, economically more developed than their northern neighbours. We experienced that in the South, Kerala’s administration promotes the development of Open Source software. Also, IT-metropoles such as Bangalore and Hyderabad, are the perfect setting for initiatives which use technology and data with the aim to improve society, always supporting the idea that knowledge should be available for everyone.

Nevertheless, as the Datameet group reveals, there are activists all over India. At the end, the motivation of these individuals and organisations is what makes the difference, and we could find them both in North and South. 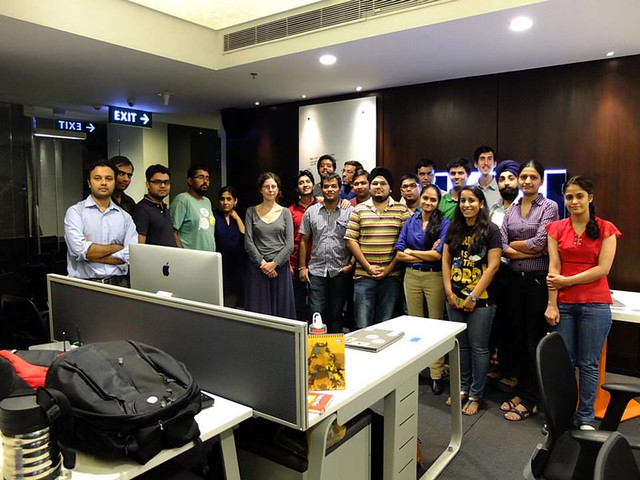 We leave India with the feeling that we could keep researching further interesting projects for months. Actually, due to our tight schedule, we could not cover every project we happened to discover. There was a great interest in Open Steps and we were warm welcomed by all of our collaborators, even we have been contacted by many people we could not meet at the end. Hereby, we would like to thank all these remarkable persons who made our stay in India such an enriching experience.

But the journey continues. Open Steps is touring Asia (Thailand, Cambodia, Laos, Hong Kong and Japan) for the next two months. We will announce our schedule soon and would like to make a call for interesting Open Knowledge related projects we should get to know and document there, if you happen to run or know one, please drop us a line! Thanks!