This is a cross-post from the brand new Open Knowledge Pakistan Local Group blog. To learn more about (and get in touch with) the new community in Pakistan, go here.

Pakistan is a small country with a high population density. Within 796,096 square kilometres of its territory, Pakistan has a population of over 180 million people. Such a large population poses immense responsibilities on the government. Majority of the population in Pakistan is uneducated, living in rural areas, with a growing influx of the rural people to the urban areas. Thus we can say that the rate of urbanization in Pakistan is raising rapidly. This is a major challenge to the civic planners and the Government of Pakistan.

The wars of the last century made people realize that further violence on such a large scale cannot be afforded and better coordination and communication should be promoted between the nations. So along with many other concepts and new technologies, there was also a school of thought which raised the voice for easing the restrictions on government data.

Open data, as the name suggests, is the concept of making government data available for everyone to use, reuse and reproduce without the conventional restrictions of copyrights, patents and other laws of protection of content. ~Open Definition

There are a lot of advantages of making data open for public and free to be used and reproduced by anyone. First of all is the main reason of knowledge, it increases by sharing. And quite literally governments around the world have tried and tested this method. Many countries of the world are now opting for easing the restrictions on their public administration proceedings, statistics and relevant data related to public affairs. The value created from easing these laws is beyond calculation. Several government organizations collect different types of data for their functioning. This data is made available to the masses, individuals and organizations alike will help in bringing much improvements and innovations in their respective fields. A lot of countries have gone for this stance and they are a testament to the fact that opening up data for reuse and reproduction is beneficial for the state in general.

Pakistan, as a developing country can learn much and more by opening the restrictions on data. There are many areas in which open data can bring a change in the functioning of government. Some of these areas include self-empowerment, improved efficiency of government services, the effect of policies and their impact on the public. If such type of data is open for all then many departments of government can be improved as the data will be available at hand to avoid future mistakes. Releasing data on operations / services of different government departments can help gain insight into the performance of these departments and further developments can be made or new policies crafted.

Education is one of the biggest problems of Pakistan which is hindering her progress as a developing nation. There are numerous cases in the government run schools of Pakistan where absenteeism on the part of teachers is very high and some schools are aptly called ghost schools because they exist only on paper. Now if the data on these schools were made public not only will the public hold the administration accountable but these schools will also function properly in the future. Alif Ailaan and Sustainable Development Policy Institute established Pakistan Data Portal to share and disseminate education related data in Pakistan.

Often times it has always been observed that the public money is mishandled by the politicians and bureaucrats due to which Pakistan ranks at 126 in Global Corruption Perception Index of Transparency International. Open data will help us better control such inefficiencies and with the data available to the general public, it will be ensured that the public money is handled maturely, transparently and to high standards of accountability. These are just a few of the many ways in which open data can bring a positive change in Pakistan. 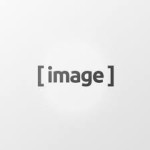 Nouman is an Ambassador of Open Knowledge in Pakistan as well as Group Lead at Open Knowledge Pakistan. He believes Open Data lets us achieve what we could normally never be able to and it has the potential to positively change millions of lives.

Nouman is an Ambassador of Open Knowledge in Pakistan as well as Group Lead at Open Knowledge Pakistan. He believes Open Data lets us achieve what we could normally never be able to and it has the potential to positively change millions of lives.