The free and open source software (FOSS) enthusiasts just celebrated the Software Freedom Day (SFD) on September 17 all across the world. This year, a small group of six of us gathered to celebrate SFD in the Indian city of Bengaluru. The group consisted of open source contributors from communities such as Mozilla, Wikimedia, Mediawiki, Open Street Map, and users of FOSS solutions.

Each participant shared their own stories of how they got connected with FOSS and what component it plays in their day-to-day life. From how a father has been trying to introduce about open source to his young son while migrating from proprietary to open source back and forth as his job demands so, to an Open Street Map contributor who truly believes that large-scale contributions to open source can make the software as robust as proprietary ones and even better because of the freedom that lies in it. All of those who gathered agreed with the fact that FOSS has widened their freedom in choosing how they want to use, share and remix the software they use.

When Software Freedom Day was started in 2004, only 12 teams from different places joined. It grew to a whopping 1000 by 2010 across the world. About the aim of the celebration, SFD’s official website says,

“Our goal in this celebration is to educate the worldwide public about the benefits of using high-quality FOSS in education, in government, at home, and in business — in short, everywhere! The non-profit organization Software Freedom International coordinates SFD at a global level, providing support, giveaways and a point of collaboration, but volunteer teams around the world organize the local SFD events to impact their communities.” 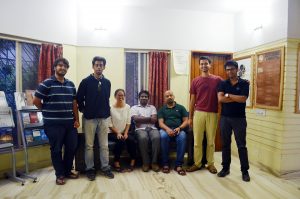 The participants in our group bounced both technical and philosophical questions to each other to gauge the actual usage of FOSS in real life, and we are moving towards adopting openness as a society. And all the participants also agreed that there is a significant disconnect in communicating widely about the work that many Indian FOSS and other free knowledge communities are doing. So they planned to meet more regularly in events organized by any of the FOSS communities and try to connect with more people using social media and chat groups so that these interactions shape into an annual event to bring all open communities under one roof.

What are FOSS, Free Software, Open Source,  and FLOSS?

The Creative Commons licenses have recommendations for a broad range of free licenses that one can choose for the software-related documentations and any creative work they create. Similarly, there are several different open licenses for software and many other works that are related to software development.  “Open Source” was coined as an alternative to free software in 1998 by educational advocacy organization Open Source Initiative. Open source software is created collaboratively, made available with its source code, and it provides the user rights to study, change, and distribute the software to anyone and for any purpose.

Supported by several global organizations like Google, Canonical, Free Software Foundation, Joomla, Creative Commons and Linux Journal, Software Freedom Day draws its inspiration from the philosophy that was grown by people like Richard Stallman who argues that free software is all about the freedom and not necessarily free of cost but provides the liberty to users from [proprietary software developers’] unjust power. SFD encourages everyone to gather in their own cities (map of places where SFD was organized this year), educate people around them about free software, promote on social media (with the hashtag #SFD2016 this year), even hacking with free software, organizing hackathons, running free software installation camps, and even going creative with flying a drone running free software! 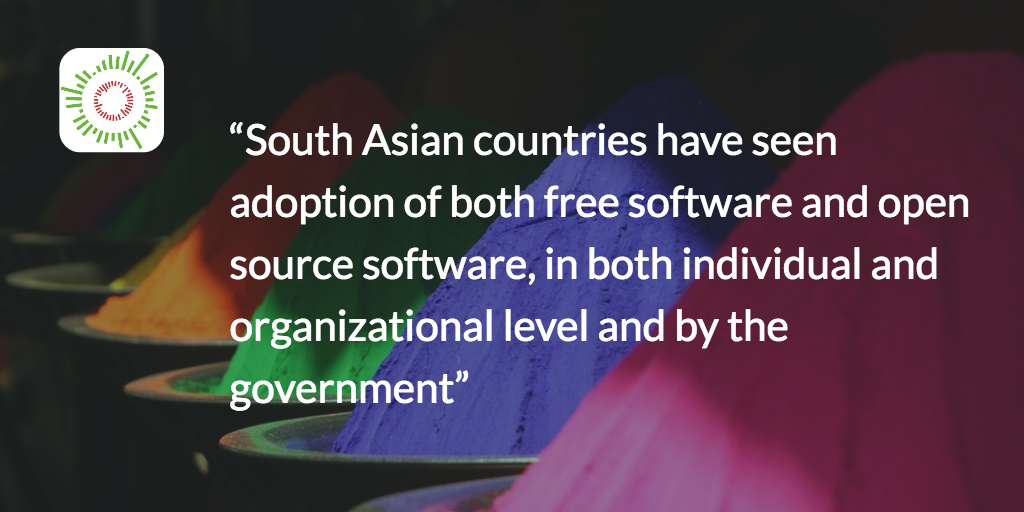 We promote open source and open Web technologies in the country. We are open to associate/work with existing open source or other community-run, public benefit organizations.
“Internet By The People, Internet For The People” (from Mozilla India wiki)

Mohammad Jahangir Alam, a lecturer from Southern University Bangladesh argues in a research paper that the use of open source software can help the government save enormous amount of money that are spent in purchasing proprietary software,

“A large sum of money of government can be saved if the government uses open source software in different IT sectors of government  offices and  others sectors,  Because the government is providing computers to all educational institute from school to university level and they are using proprietary software. For this reason, the government is to expend a significant amount of many for buying proprietary software to run the computers. Another one is government paying a significant amount of money to the different vendors for buying different types of software to implement e-Governance project. So, the Government can use open source software for implanting projects to minimize the cost of the projects.”

2 thoughts on “Open source in everyday life: How we celebrated the Software Freedom Day in Bengaluru”