This blog is part of the event report series on International Open Data Day 2017. On Saturday 4 March, groups from around the world organised over 300 events to celebrate, promote and spread the use of open data. 44 events received additional support through the Open Knowledge International mini-grants scheme, funded by SPARC, the Open Contracting Program of Hivos, Article 19, Hewlett Foundation and the UK Foreign & Commonwealth Office. This event was supported through the mini-grants scheme under the Environment theme.

On Saturdays the 4th of March we gathered at the hub for Open Data Day, 2017. It’s the third time we are hosting this important workshop, the previous times being in 2014 and 2015. Open Data day events are a great opportunity to show the benefits of open data and encourage the adoption of open data policies in government, business and civil society.

The initial plan for Open Data Day Kisumu was to host a datathon on the climatic implications on jobs and the economy around the city. Ailing levels of Lake Victoria’s water levels, visualise how Lake Victoria has been receding, fish species of Lake Victoria. We wanted to know whether fishes are dying or getting extinct for instance. Visualising the destruction of the Mau Forest would have been another great eye-opener – Global Forest Watch provides several data sets on forest coverage, use, loss, and indigenous peoples. However, due to time-constraints much of this data was not accessible. Bringing us to the realisation of how much Open Data is much needed – but very much so, leadership on initiatives to popularise open data required. 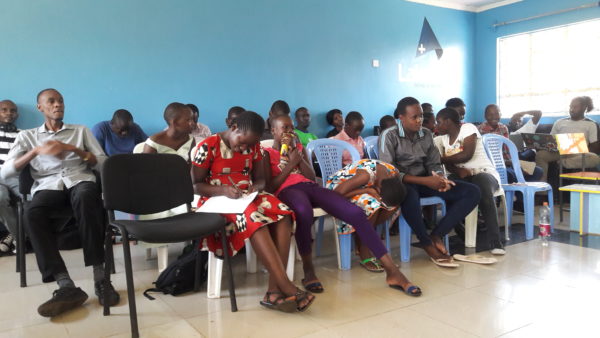 This year Open Data Day Kisumu was a bit different from the past. Unlike previous events where data experts presented informative visuals to the participants and little contribution from the participants, this time our participants, consisting primarily of teenage developers, benefited from a walk through of how Open Data could be useful in their work.

These young group of people, who were mainly girls from a local school, built mobile apps to solve some challenges in the city. One such solution was: a group of girls in the primary school mapped spots known as ‘black spots’ which can cause road carnage. At the workshop, the girls got to learn about how to access publicly available data from the government website on the number of traffic accidents that occur each month. The data, however, did not turn out to be very useful in the form in which it was presented, and therefore strategies on how to clean the data were learned. 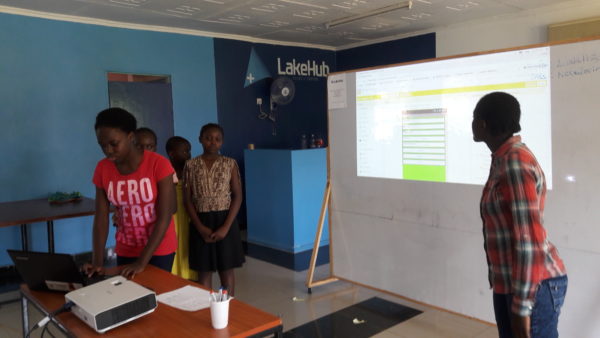 Primary school girls present an app they are building. Young learners should be made aware of the benefits of Open Data.

Some other interesting solutions the girls are working on and could greatly benefit from open data include a game that educates the public on safe sex and the dangers of HIV/AIDs and non-adherence to medication. Another solution, dubbed “Kiraia”, is a children’s app that encourages them to take part in governance. The group of girls working on this solution want to make it possible for children to participate in day-to-day activities regarding civic action and government. The team was mentored on which data they could find useful for their work, and how possibly they could leverage existing data to create Open Data for the masses. 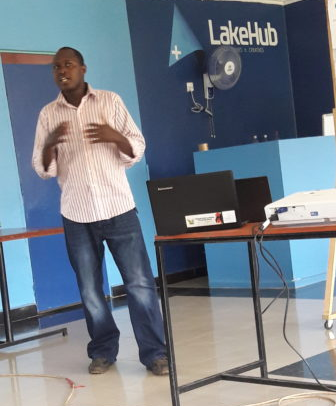 Even though we had to divert from our original plan, we are still confident that moving forward one of our primary goals as a community interested in Open learning would be to use data to highlight effects of climate change, deforestation on Lake Victoria, the second largest freshwater body in the world. Water levels in the lake have been dropping drastically over the years. As a community, we want to build visualisations that tell a story about the lake.