This blog is part of the event report series on International Open Data Day 2017. On Saturday 4 March, groups from around the world organised over 300 events to celebrate, promote and spread the use of open data. 44 events received additional support through the Open Knowledge International mini-grants scheme, funded by SPARC, the Open Contracting Program of Hivos, Article 19, Hewlett Foundation and the UK Foreign & Commonwealth Office. This event was supported through the mini-grants scheme under the Open Environment theme.

Open Data Durban in partnership with The MakerSpace Foundation hosted International Open Data Day in a dual-charged effort to ignite openness and participation in the Durban community. Together with environmentalists, ecologists, data wranglers, techies and active citizens we built an Arduino weather station. According to Arduino.cc, “Arduino is an open-source electronics platform based on easy-to-use hardware and software.” 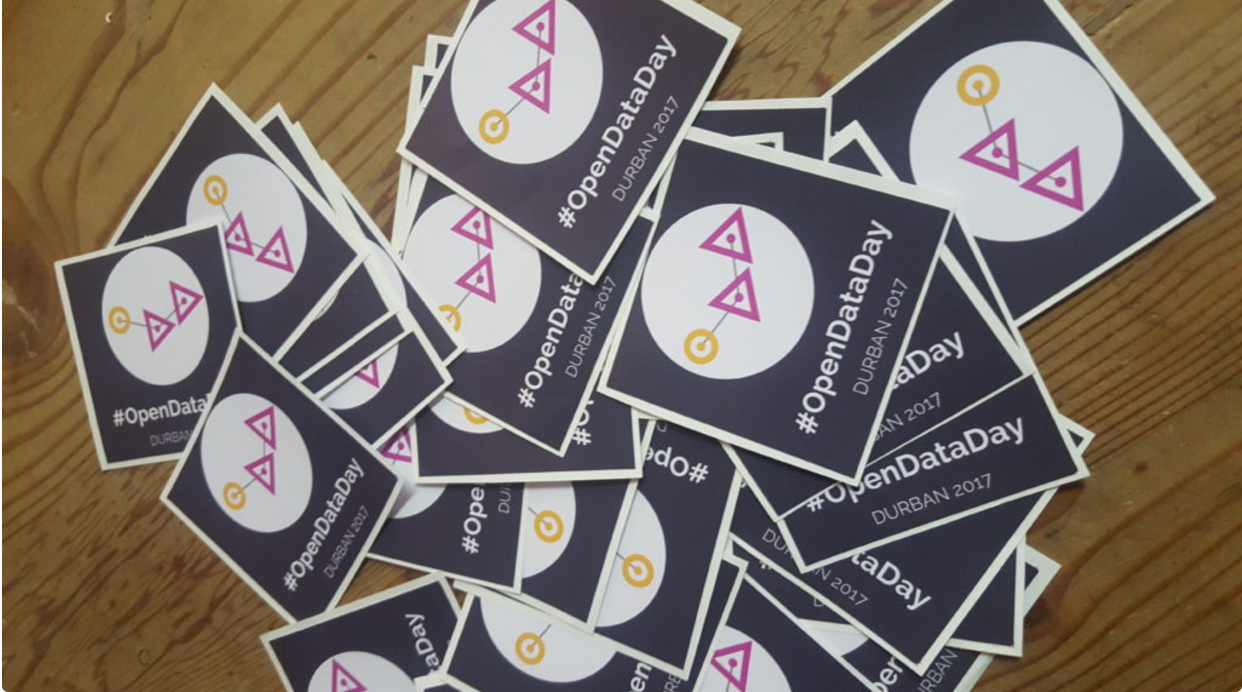 How did we promote diversity on the day?

On arrival, participants had to select different coloured stickers of what they thought represented their interest and skill set, choosing either a data wrangler; a maker; an environmentalist; techie and more importantly learners.  The latter being an obvious choice to Mondli, Nolwazi and Nosipho three learners from Umkhumbane Secondary School, located in Chesterville, a township on the periphery of Durban CBD. We invited the learners as part of our data club’s programme, where learners will also be building an Arduino weather station which will be rolling out soon.

It was essential that the teams were made up of each of the skill sets above to ensure:

and more importantly to enable and create a guild of new-age active citizens and evangelists of open knowledge. 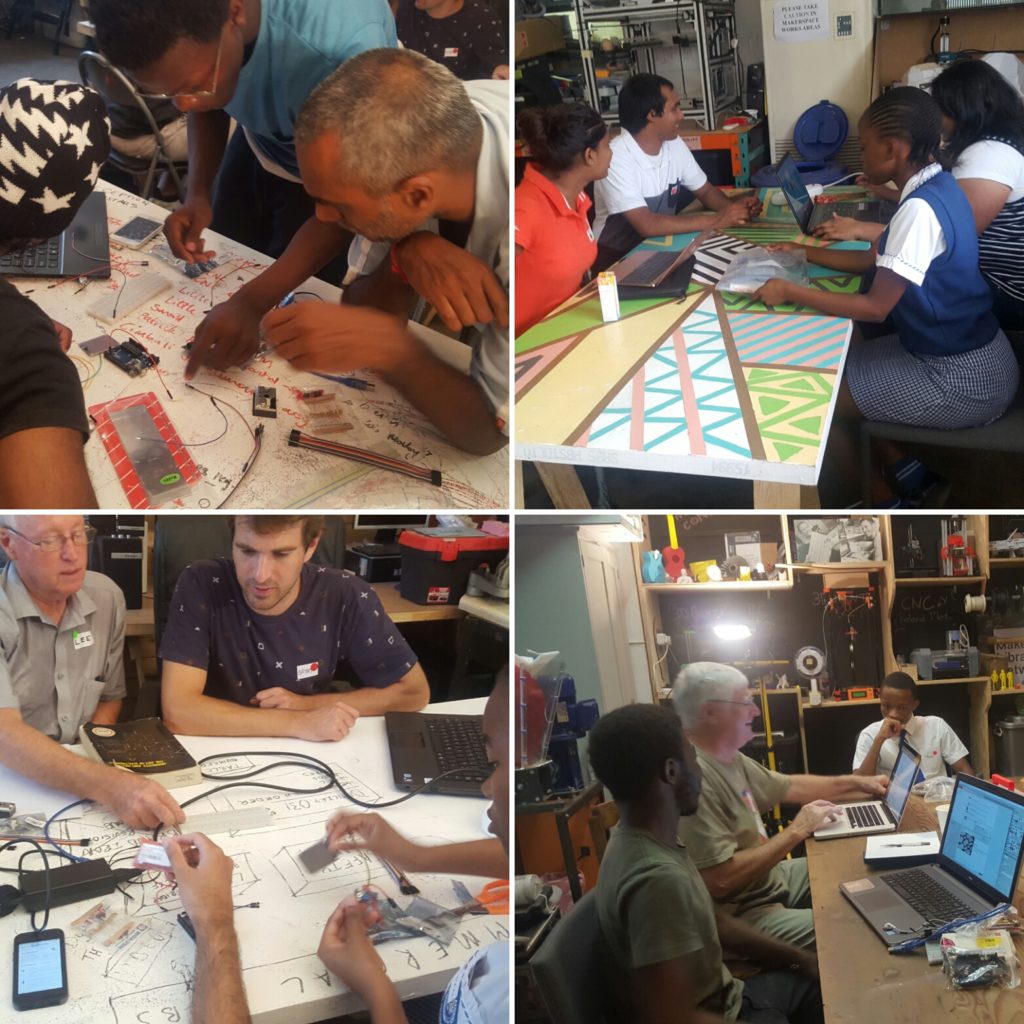 Each team was provided with an Arduino weather kit consisting of dust, gas, temperature and rainfall sensors and all other relevant components to build the weather station. We did not provide the teams with step by step instructions for the build. Instead, we challenged them to google search the build instructions and figure out the steps. Within minutes, the teams were busy scouring for instructions from various websites such as Instructables. This emphasised the openness of sharing knowledge and introduced the learners to open knowledge and how someone from another place in the world can share their expertise with you.

What were some of the insights from the environmentalists?

Bruce and Lee, both retired ecologist and environmentalist respectively were charming in their approach to problem-solving and tinkering with the electronic parts. Although not well-versed in the Arduino toolkit, their gallant efforts saw them learning and later tutoring the learners on building the weather station.

Their insights into the environmental status of Durban was unmatched and painted a grim picture of the Durban community’s awareness of the problems that exist.

What were some of the insights from the techies?

Often at our events, we have a number of techies come in who are brilliant at coding but have no concept of data science or how coding can be used to address various issues such as economic, social and environmental. This event helped to introduce such techies to how coding Arduino boards and sensors can be used to gather weather condition data and how such data can be further used to monitor the weather conditions in a given area.

This data then allows the public to be aware of their weather conditions such as the concentrations of harmful gases in the air. The city can also map out pollution hotspots and identify trends which aid in decision making to eliminate or manage the air quality. 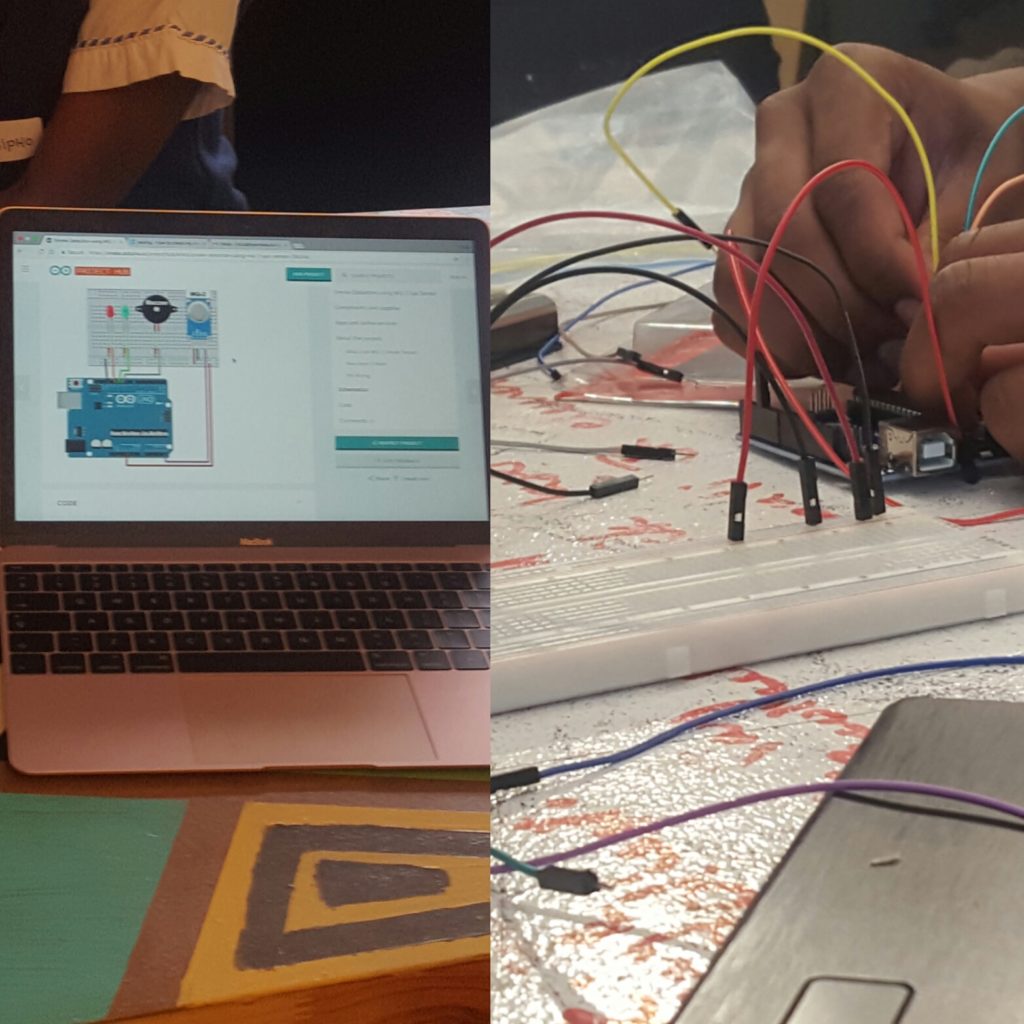 How did the learners participate in the session? What were some of their learnings?

There were many different languages spoken by the participants which made communication across all groups a challenge. However, the confidence and enthusiastic wanting to learn prompted the learners to ask some captivating questions for the group members more notably in their pursuit of understanding how things work in the space.

Outcomes of the day

We eventually saw one complete weather station built by Sphe Shandu who stayed behind after some team members tinkered with other goods in the MakerSpace, minus the LCD component (no team figured this out).

Nkululeko Mthembu is the Programme Lead at Open Data Durban. Armed with tools of design thinking, user experience and cultural insights he is responsible for designing and implementing mindful & impact-driven community programmes.