This blog is part of the event report series on International Open Data Day 2017. On Saturday 4 March, groups from around the world organised over 300 events to celebrate, promote and spread the use of open data. 44 events received additional support through the Open Knowledge International mini-grants scheme, funded by SPARC, the Open Contracting Program of Hivos, Article 19, Hewlett Foundation and the UK Foreign & Commonwealth Office. This event was supported through the mini-grants scheme under the Follow Public Money theme.

Open Data got to Paraguay to stay! This was proven in this year’s edition of Open Data Day which took place at the Loffice Terrace. 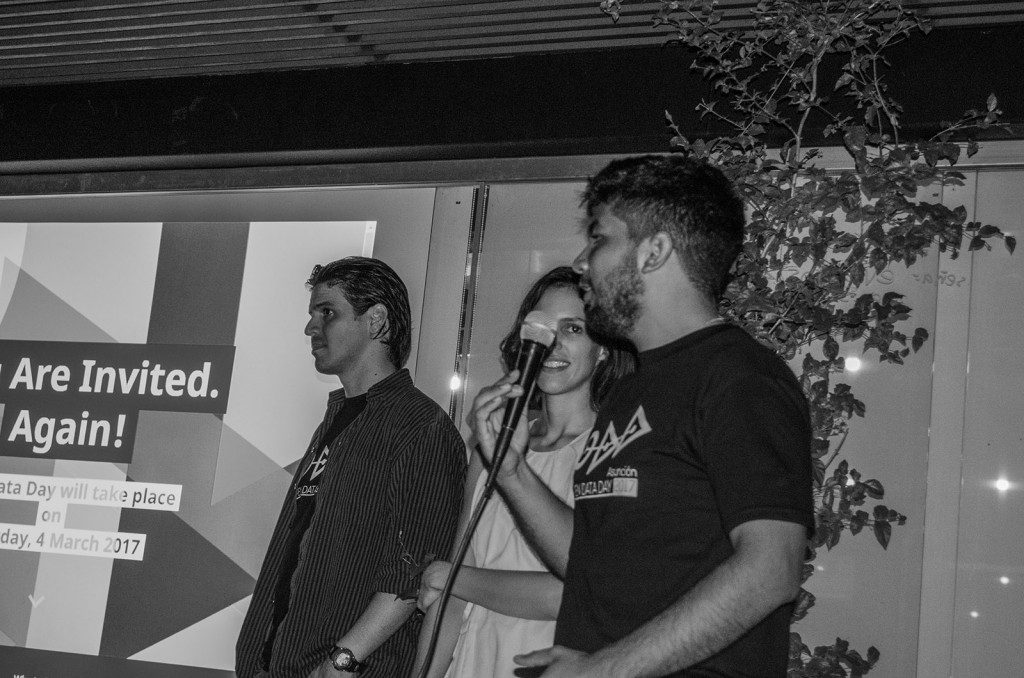 The event brought together more than 40 people and friends of the data community, from Civil Society and Government. The event was organized by Girolabs, TEDIC, CIRD and SENATICs. We started with a small snack to warm up and then we continued with lightning talks and discussions.

The first ones to speak were José Gonzalez and the creators of TOPA app. José introduced the Open Street Map (OSM) Paraguay community and how everyone can contribute to open data and this big repository of geodata. Then came the TOPA team, who introduced an app based on OSM to create a Traffic and Transport Information System; an integral, sustainable, collaborative platform where users, transit drivers and government offices collaborate to gather and process information about mobility, traffic and transport in real time, from crowdsourced and their own data.

In this edition of #ODD17, civil society generated and presented relevant data for better transparency and control by the citizens.

This was the case of CIRD, who presented their project Ñañomoiru, where they try to make more transparent and improve the services provided by the Social Accion Secretary. This office’s goal is to improve the quality of life of people living in a state of poverty and vulnerability, providing easy access to nourishment, health and education, by increasing access to these basic services and strengthening relations to reduce intergenerational poverty. In another CIRD project, called “A quienes Elegimos”, they released their tools of authority monitoring and a data set of municipal authorities that they gathered. 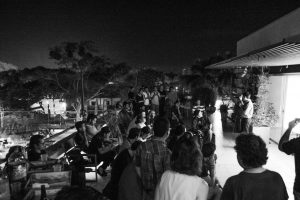 Techo presented their project Relevamiento de Asentamientos Informales (RAP) and their platform mapadeasentamientos.org.py which makes the data about life conditions of settlements in Asunción available as open data.

Gabriela Gaona told us about her experience working in many apps based on open data and how citizens can request information through http://informacionpublica.paraguay.gov.py/.

One of the main subjects of the night was government data about public money. Federico Sosa, the director of Open Government in Paraguay showed the progress of the government’s open data.

Right now, everybody can monitor what is done with public money. All the data from the Tax Office about the budgeting, public debt and spending are available in their portal.

To end the night, SENATICs, using Open Data Day as a platform, in the presence of Leticia Romero and the Minister David Campos, launched the Ideathon InnovandoPY challenge, where they want citizens to support government, companies and civil society organizations to know which data should be available. The challenge will be open until March 31, 2017. The SENATICs will provide mentorship to show participants how to open data.
This was a relaxed event but full of information, debate and sharing between people committed to transparency, innovation and citizen participation. We also gave people stickers and t-shirts from the event. We want to thank the Open Data Day organizers for the support and for making Paraguay visible in the map of open data communities. 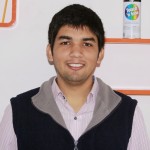