This blog was first published on LabHacker’s Facebook page.

The Open Data Day, also known as the International Open Data Day, took place on the first Saturday of March, the 4th. This date was chosen to celebrate initiatives that use open data generated by public bodies, helping to build services and solutions so the society can function in a more integrated and inclusive way.

Many are the benefits and beneficiaries of a more transparent government that provide its data objectively. Even the government itself is a beneficiary when it allows for a more efficient and democratic operation. The open sharing of data is an incentive for the emergence of the innovation potential through analysis and combination of data from different sources, with new interpretations and applications. 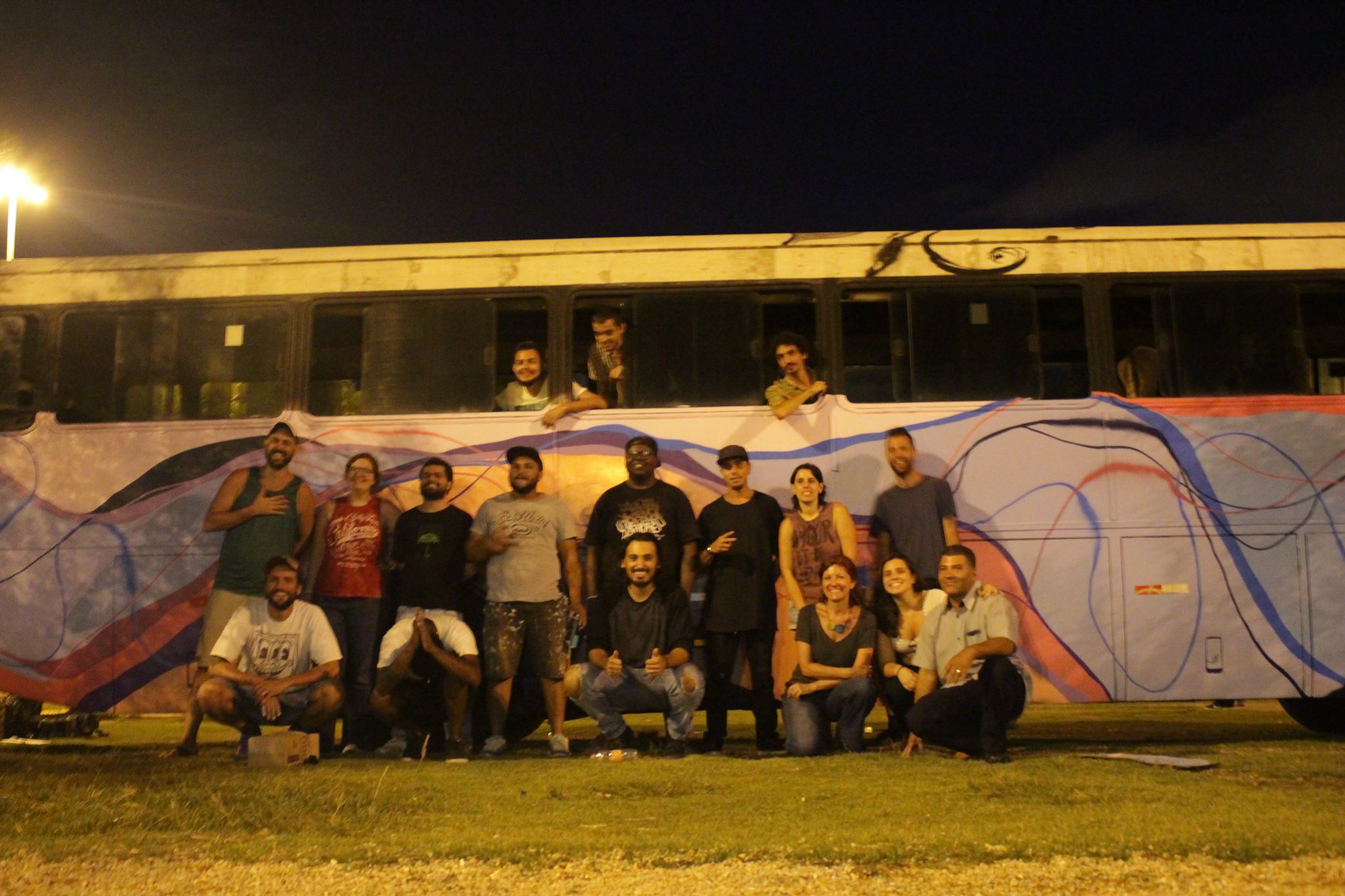 Data are open when they are published in a simple way and accessible under an open license, for any end. The access to such information, even though it is public, is not always possible or sometimes works through complicated ways. With the passing of the Freedom of Information Law in 2011, the Government made an important step towards resolving technical and infrastructural difficulties with presenting the data, and also advanced in the strengthening of the public integrity.

For the seventh year, groups of different countries were invited to do activities using open data with their communities; the Hacker Bus was one of them. It left the LabHacker (in São Paulo) and travelled to Guarulhos (a nearby city, ~50 km from SP), setting up its tent on the Maia Square (Guarulho’s largest public park, with 170,000 km2) and realised many activities. It was a full day filled with workshops like Electronics for the little, Makey Makey, Little Bits, Be the Mayor, How to build a homemade composter, Electronic percussion and, last but not least, the Game of Politics app, which aims not only to awake little hackers, but teaches people about using open data and understanding its importance. 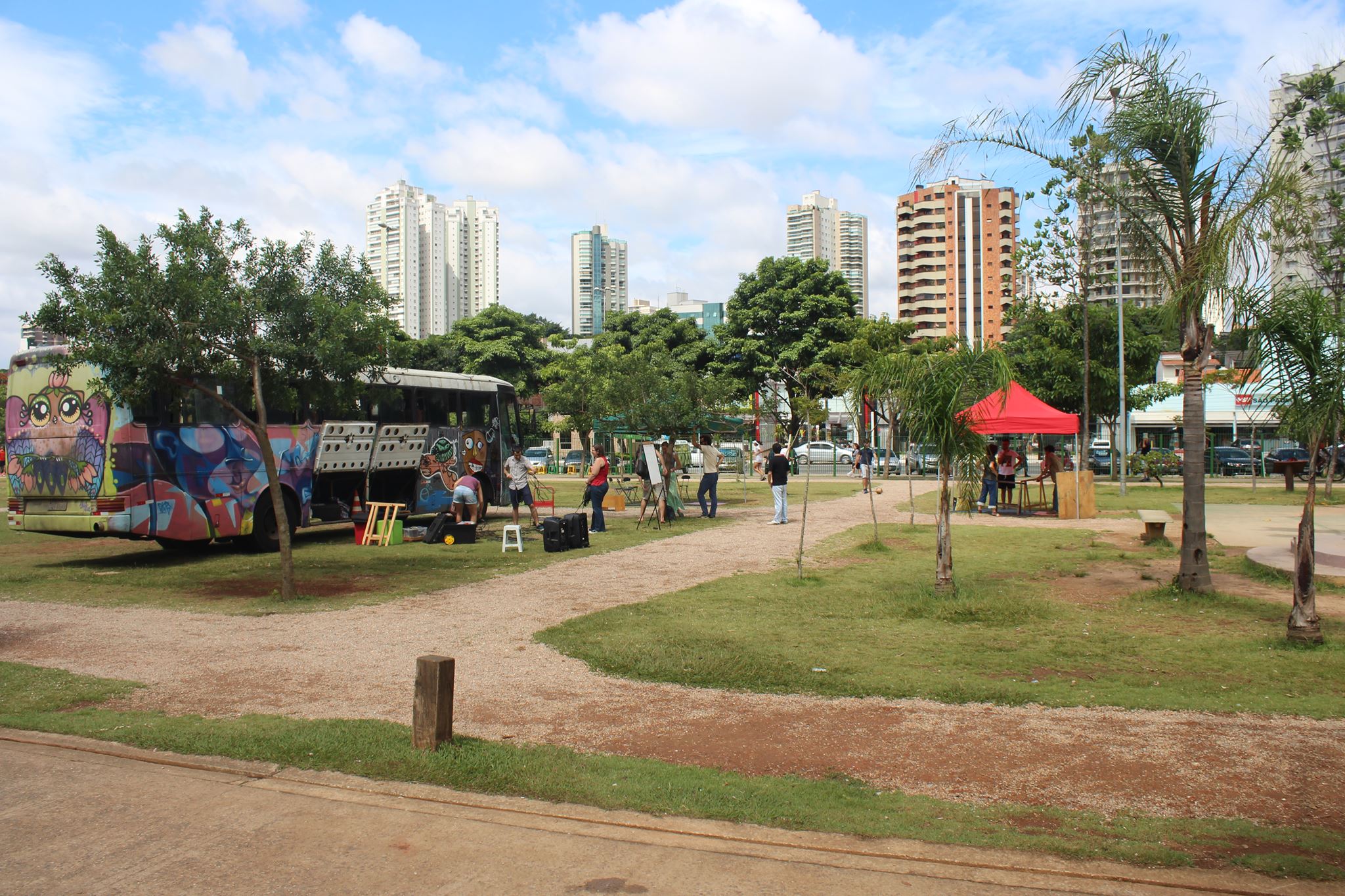 The Game of Politics is an immersion into the complexities of politics and is divided in three plays (Executive, Legislative and Judiciary). The game focuses on teaching young people starting from high school and puts them in a protagonist role, letting them decide. During Open Data Day, through the Executive game, the residents thought about how the public budget works using open data, reflected on where and how they believe their money was applied in their city based on their daily experiences, and on how they wished it was applied. In the end, they compared their budget with the real budget available on the city council’s website at http://portaltransparencia.guarulhos.sp.gov.br/. From the game, it is possible to understand how the city’s budget works, which are its main investments and how much is spend in each area. 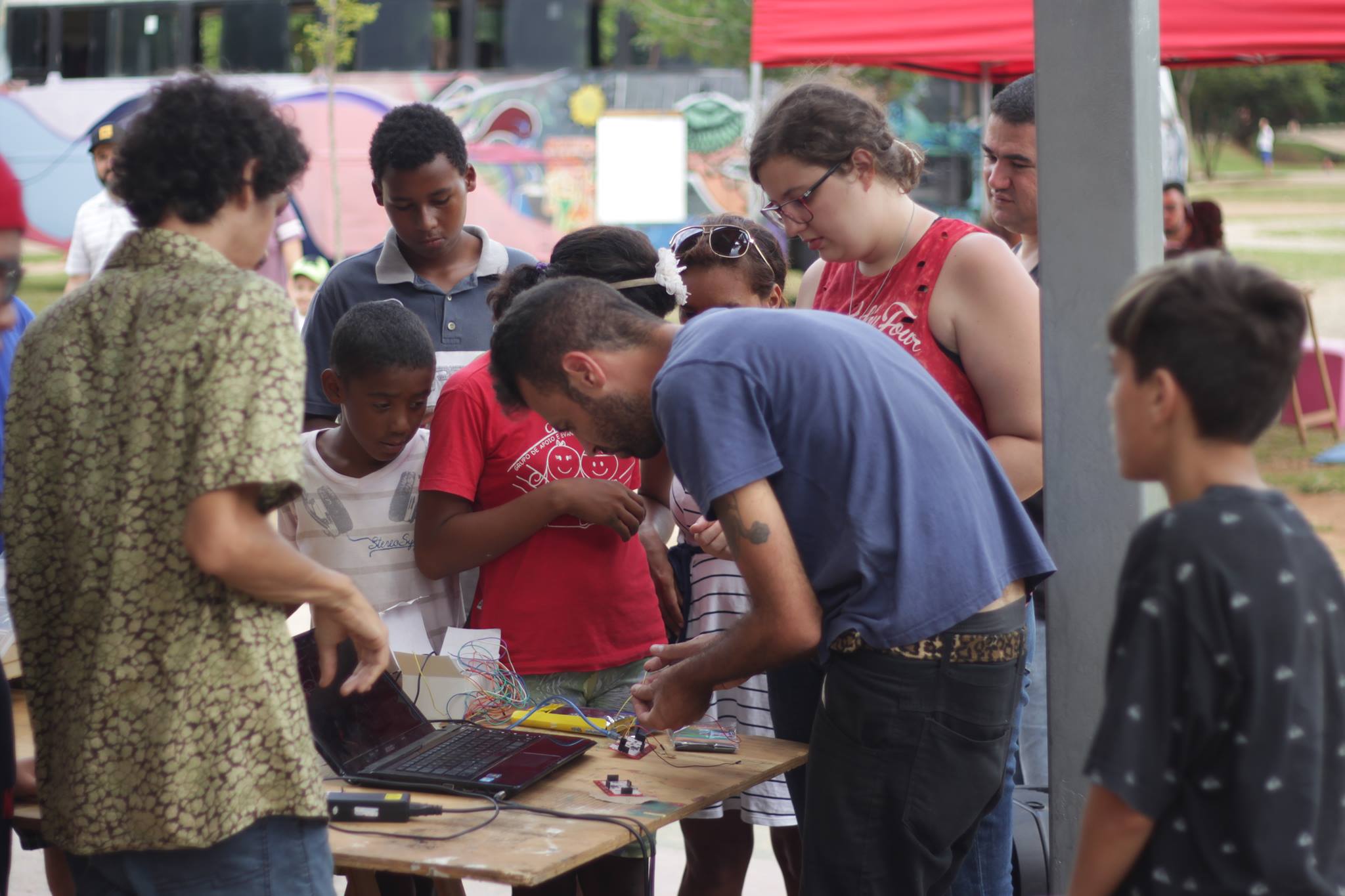 The development of this game is made possible by the accessibility of data in the transparency portals of the city, states and federal government and from the audit offices. The availability of information encourages the participation of citizens in the government’s management and allows citizens to follow the impact of the public politics.

Apart from the workshops, demonstrations and a lot of music, the Hacker Bus also received a new graffiti, and became even prettier! 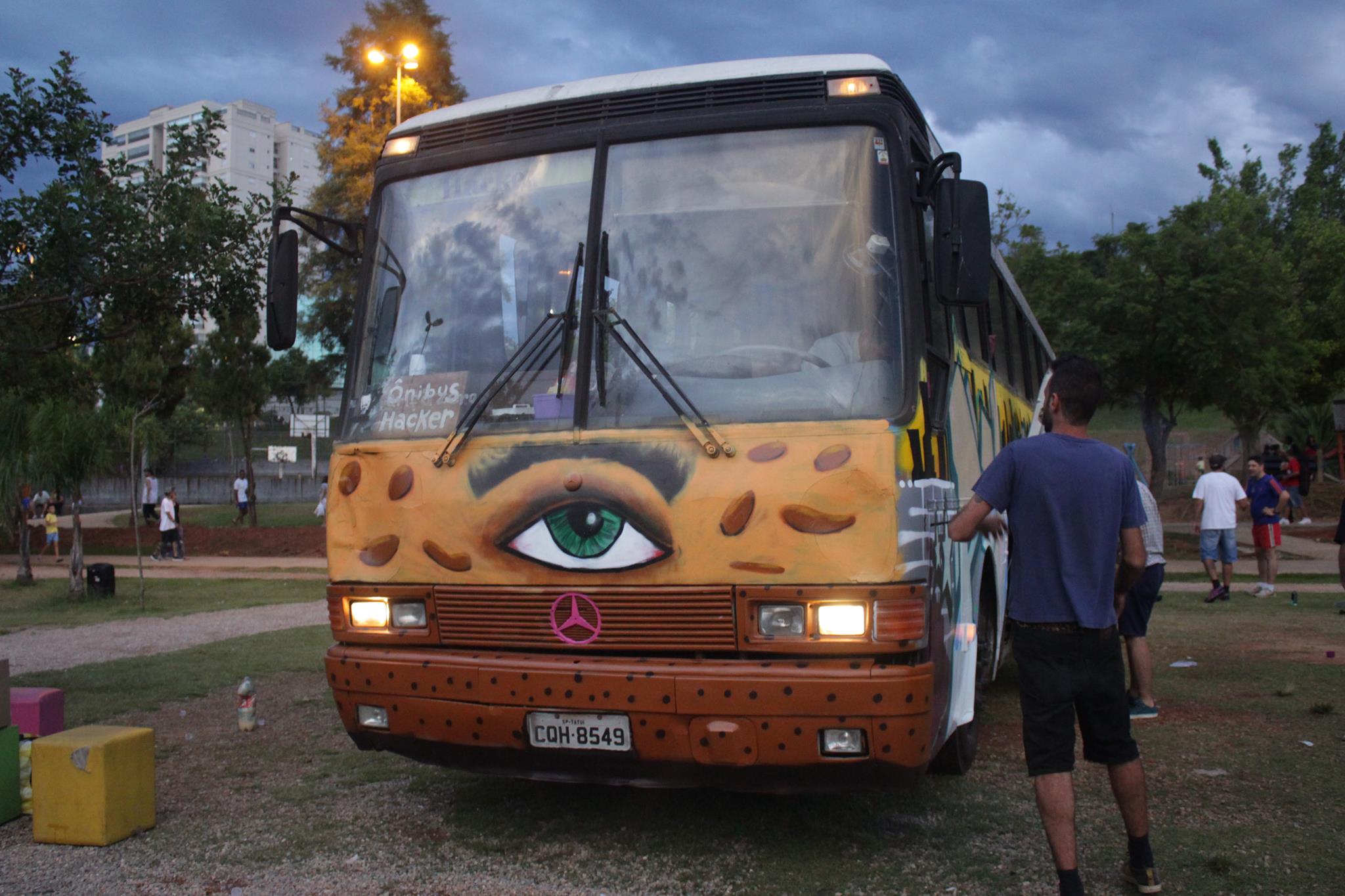 Labhacker is a laboratory at the intersection of politics and technology from São Paulo, Brazil. Their work focuses on areas such as open data, culture and ethics hacking, transparency and political participation.