This blog has been reposted from http://socialtic.org/post/158716923448/open-data-day-2017-celebrating-data-use-and – the Spanish version is available here 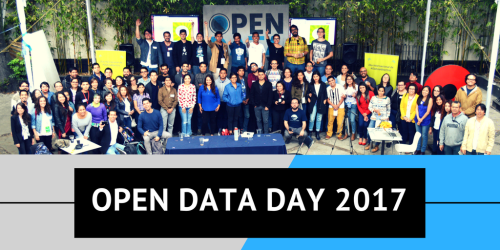 Open Data Day is an international celebration where simultaneous activities are organised by data communities around the world to learn about open data, liberate closed data, showcase data-driven projects and promote multi-disciplinary collaboration.

Latin America celebrated open data in many cities this year. Here you can see all the events, from Argentina to Northern Mexico, that ran throughout the region.

In Mexico City, Open Data Day has become over the years an event that brings together different communities that no data user or enthusiasts want to miss. You can have a look at our previous open data day events: 2014, 2015, 2016.

How was ODD17 celebrated in Mexico City?

This year, nearly 180 people gathered for an entire day of activities, good food and craft beer. Participants had the opportunity to experience the following:

The workshops were divided into introductory and professional tracks so that everyone had a chance to learn. The topics included: statistics for data analysis, data cleaning using Open Refine, data architecture for network analysis, open contracting, big data analysis using cloud-based services, analog visualisation and data visualisation with D3. 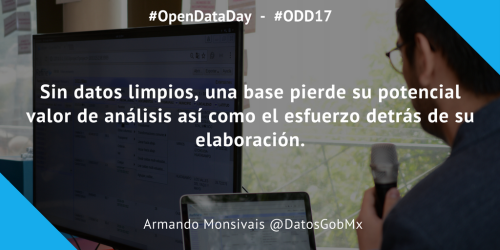 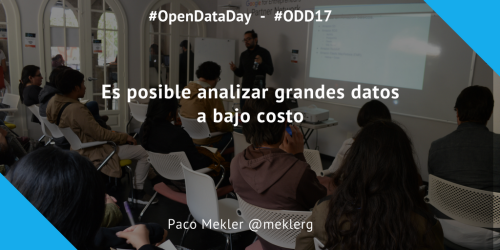 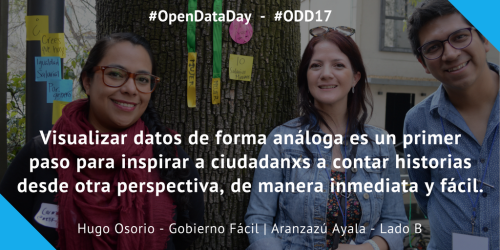 For the second year in a row, the Ministry of Finance Budget Transparency team organized a rally so that citizens can use open data to verify the status of public infrastructure projects including their reported expenses. With over 400 participants, the winning teams were:

Thanks for taking data to the streets (#DatosEnLaCalle)! 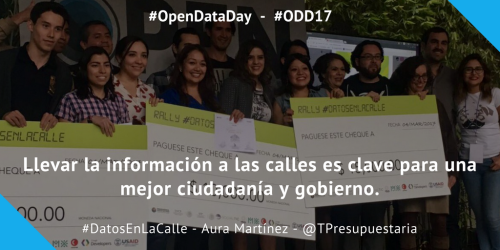 Thanks to all the data community and friends. Together we celebrate World Open Data Day 2017! :)

1 thought on “Open Data Day 2017: Celebrating data use and openness”