This blog has been reposted from http://www.verigazeteciligi.com/open-data-for-human-rights-event-has-taken-place-in-istanbul/ 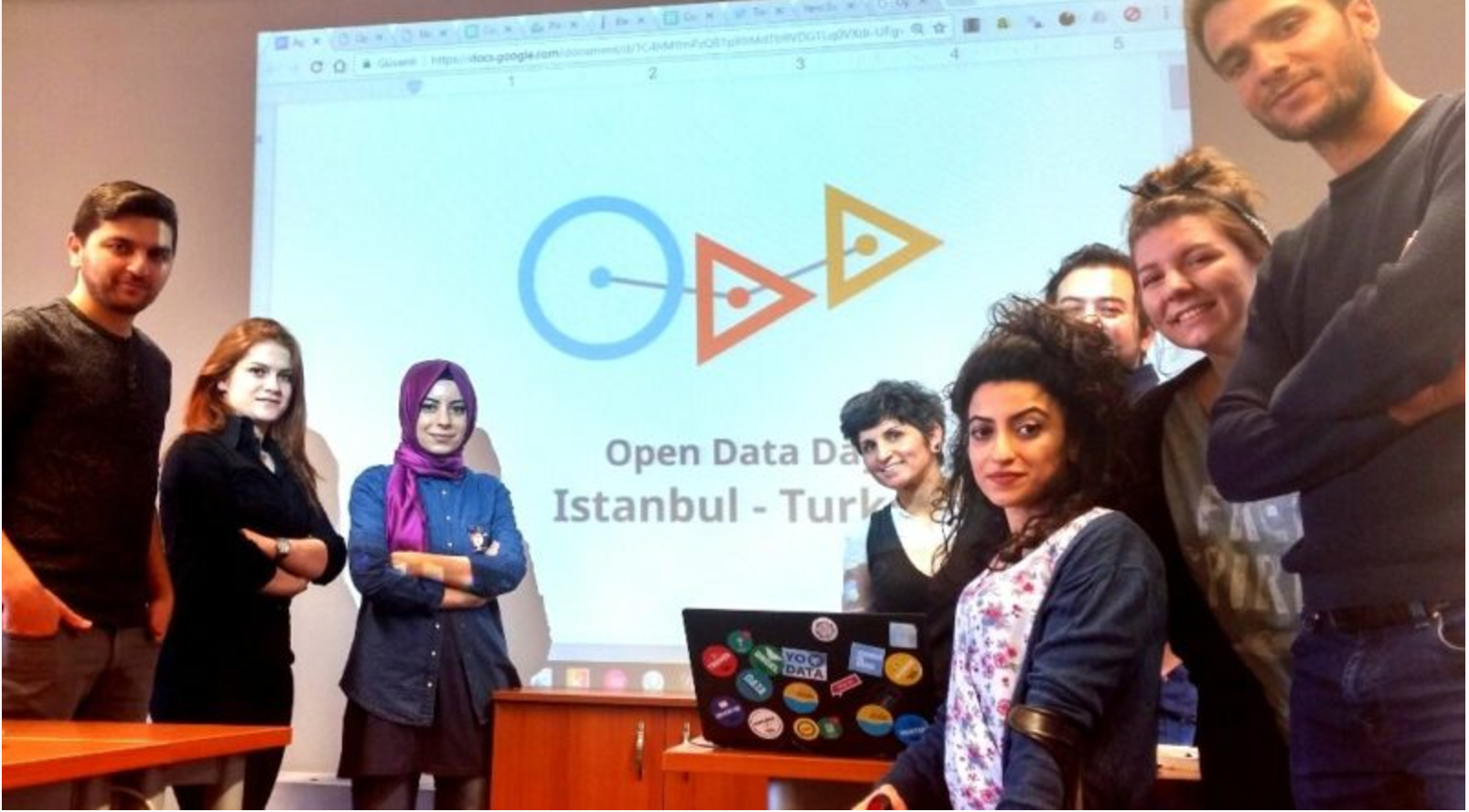 The event was organised by Işıl Yarımoğlu, Pınar Dağ and Sadettin Demirel.

The theme of the event was “Open Data For Human Rights” and focused on the participants gathering and structuring data on deceased workers in Turkey. The event also highlighted the significance of open data for human rights and for journalists that cover human right issues.

The purpose of the event was to structure data on deceased workers and transform the raw data into tables and machine-readable format. This is to raise awareness of the human rights issue by opening up the data and making it accessible for journalists, researchers and civil institutions. 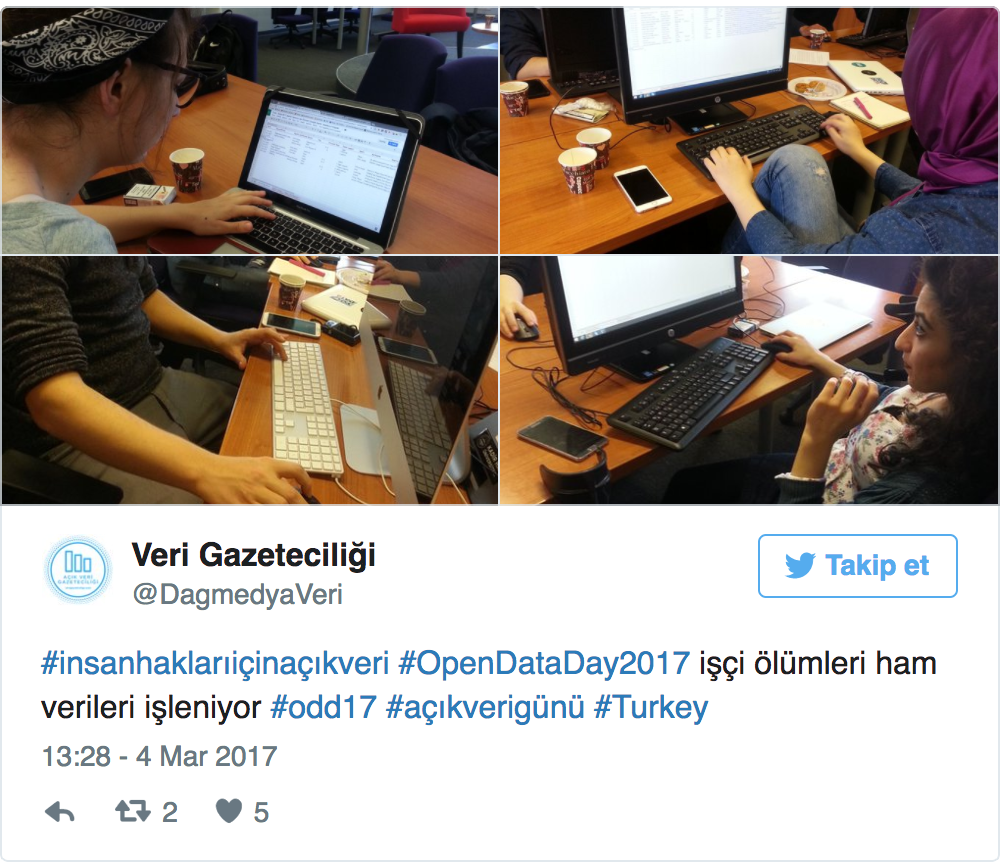 The raw data on deceased workers for January and February 2017 were gathered through the news via Google Alerts. The raw data was processed into spreadsheet format with the help of 10 attendees. The structured data will be shortly released and will be accessible on Dağ Medya’s Deceased Workers Open Database under an open license.

The participants shared their opinions regarding Open Data For Human Rights at the end of the event. Find below some of their comments:

The training we had on Open Data Day 2017 was very beneficial for me. First of all, we learned how to process data in detail. We learned which online tools are used for scraping or working with data. We gathered the data on deceased workers for the period of January-February using Google Alerts and recorded them on a given template. I realised that how you record data is similar to the foundation of a building because how you record and processed the raw data directly affects the quality of data.

We did a productive work session at Kadir Has University for Open Data Day. We learned about open data, then started working on it. We recorded the deceased workers in Turkey. Then made it accessible for further use. We learned how much effort it takes to gather and prepare data by experiencing it. Thanks to everyone in the workshop and my lecturer, Pınar Dağ.

We gathered data and made it accessible and ready for analysis. We learned about the tools that help with categorising or finding the errors while working with small amounts of data. We added products to Open Food Facts which made us realise new things about the products we’re using. I’d like to thank Pınar Dağ who organised the event and invited us and also to the people who contributed.

This workshop reinforced my knowledge about open data since I took the Data Journalism class. Accessing unadulterated information always makes me excited and arouses my curiosity. That’s why it was pleasing for me to attend this kind of event on World Open Data Day. Especially, when the chosen topic raised awareness about work safety and deaths at work.

I learned so much about both traditional and data journalism in my experiences at Dağ Medya and Open Data Day. I was able to learn the job by doing it which is not an opportunity that is given in many universities. I was never censored in any shape of form while I was an intern at Dağ Medya. We worked on so many different topics from animal rights to human rights which expanded my horizon. On Open Data Day we learned about how to structure data as well as discussing how to use data to produce news stories. The most important thing was to both learn about tools and being able to put them to use. While it’s believed that traditional journalism will never die, we’ve been providing awareness about the promising future for it which is data journalism.

4 thoughts on “Open Data For Human Rights in Istanbul”

Pınar Dağ is the co-founder of Dağ Medya, an online newspaper which provides Data Journalism content in Turkish. She has spent over four years carrying out studies in the field for Data Journalism, and since 2013 Pinar has been lecturing at Kadir Has University in the New Media Department to senior students in Data Journalism training. Pinar also continues in different faculties of communication both internally and outside of Turkey. She translated the Open Source Data Journalism Handbook into Turkish with a team of 20 volunteers. Her Open Database of Deceased Workers in Turkey project was a finalist at Data Journalism Award 2015 ( DJA2015) by Global Editors Network(GEN).