On 6th April 2017, I was finally to organise an Open Research Data event in Yaoundé, Cameroon to train the young and next generation of social scientists on transparency and reproducibility tools to enhance the openness of their research. Of a pool of 80 applicants, about 40 participants were carefully selected based on their gender, their field of study as well as their previous knowledge and interest towards research replicability and openness.

In spite of the heavy rainfall that preceded the opening ceremony, about 30 participants from various Cameroonian universities and disciplines ranging from economics, political science to psychology were able to attend the event. We were also lucky to have among the attendees about 4 participants originally from Benin. The event kicked off with an introduction of the topics intended to be covered. 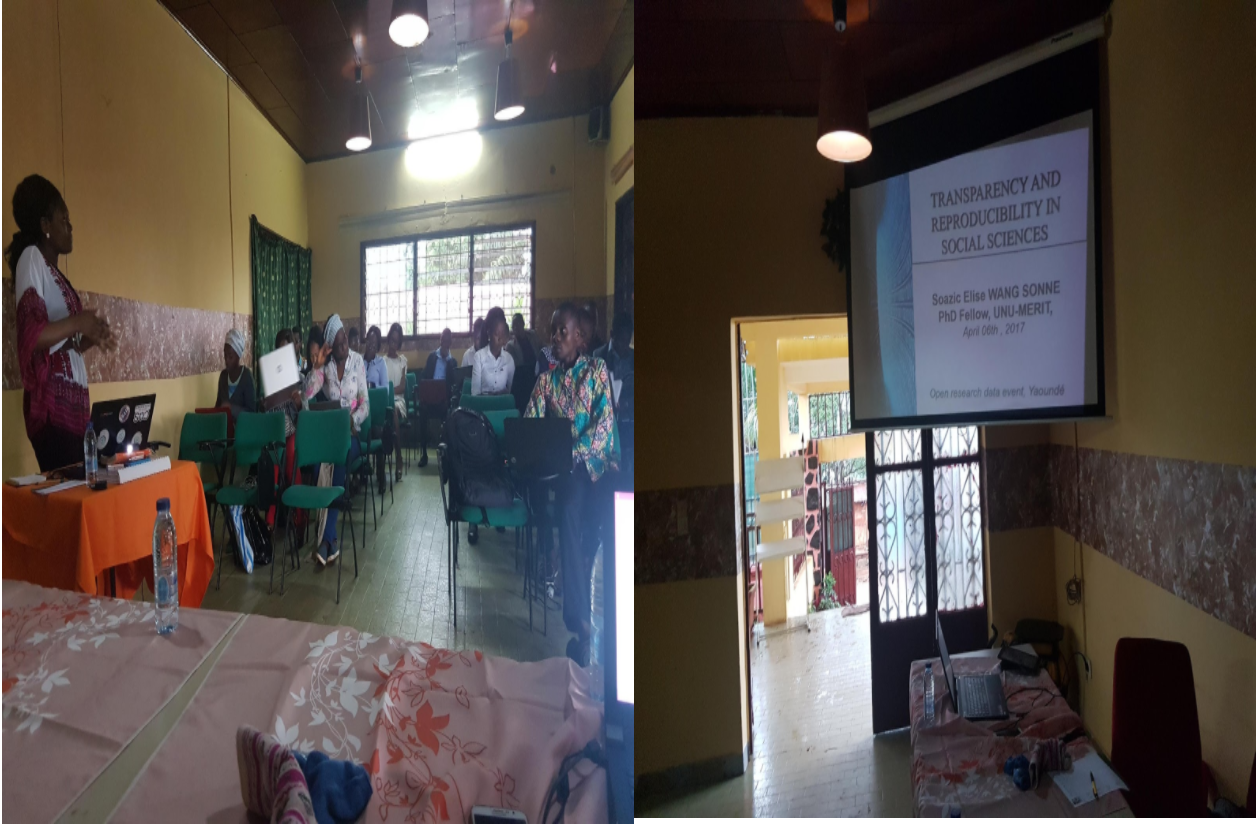 The first part of the presentation focused on sensitising participants on the different forms of academic research misconducts, with concrete examples of research falsifications with regards to economics and psychology over the last decade.

We also discussed the various types of academic research misconducts, such as publication bias, p-hacking, failure to replicate, unreproducible workflow as well as the lack of sharing and openness in research. At the end of this first part of the workshop, a lively discussion arose with participants, especially on the difficulties for young PhD students to deviate from the traditional “hidden”  and “lack of sharing” behaviour inherited from their senior mentors.

Some attendees also mentioned bottlenecks to access data from National Statistical Offices (NIS), that are meant to be opened and freely accessible to the academic research community, as one of the key impediment to pursuing their respective research. They also raise the difficulty they face in getting access to publication (not even raw or cleaned datasets) from their peers/colleagues. 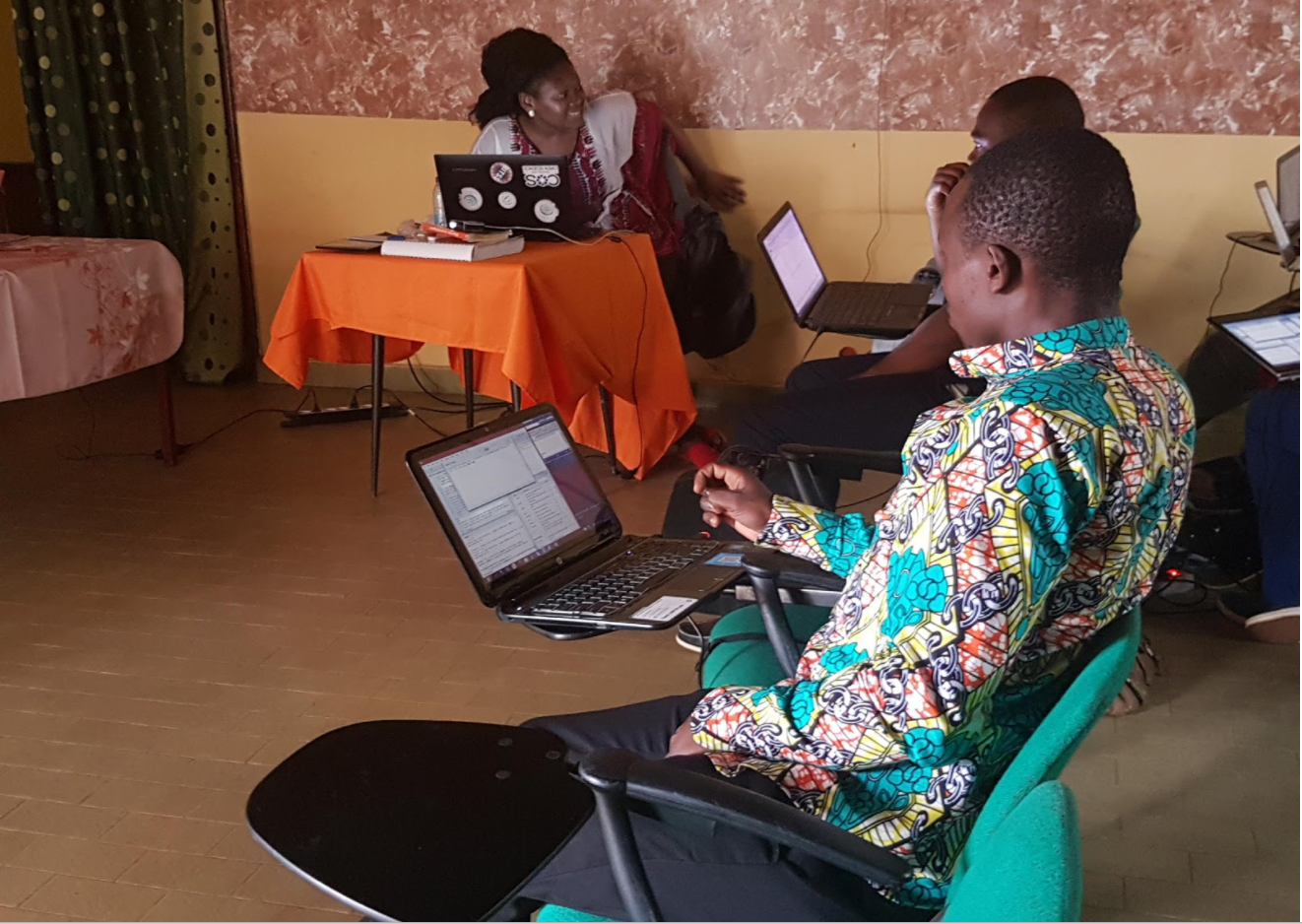 The second half of the day centred on introducing participants to different solutions that could be undertaken to enhance the openness of their research, such as pre-registration, pre-analysis plan, data sharing and the construction of a reproducible and transparent workflow, dynamic documents etc. An example on how to pre-register a Randomized Controlled Trial (RCT) or a research undertaken with secondary data was made under the American Economic Association (AEA) Social Science Registry as well as the Open Science Framework (OSF). A compelling presentation of what is a Pre-Analysis Plan (PAP) was done by the BITSS (Berkeley Initiative for Transparency in the Social Sciences) catalyst Faha Nochi Dief Reagen. 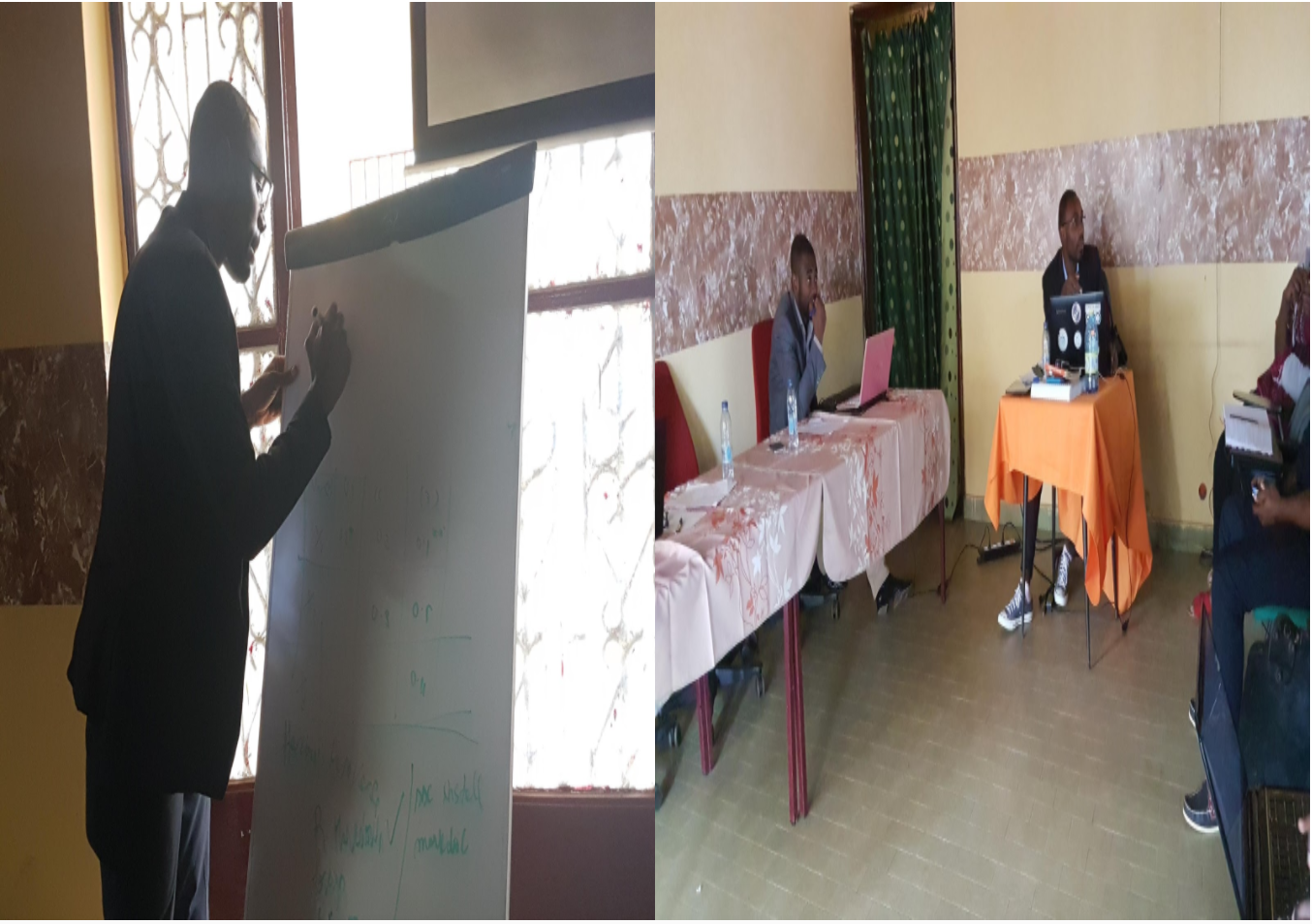 Dief Reagen Nochi Faha of Berkeley Initiative for Transparency in the Social Sciences leading a presentation.

After that, STATA Do files and R Markdown codes along with R, R studio and STATA 13 set up were distributed to participants with useful assistance from Mr Cyrille Moise Touk and Mr Dief Reagan Nochi Faha.

The internet connection was a bit of a challenge, especially when it came to loading up some of the R packages to build dynamic documents in R (R Markdown, Foreign, Stargazer, Sandwich) and Stata (Markdoc). The practical sessions, however, went very well and almost all the participants were able to successfully run the code and get their dynamic documents done either in R or STATA. 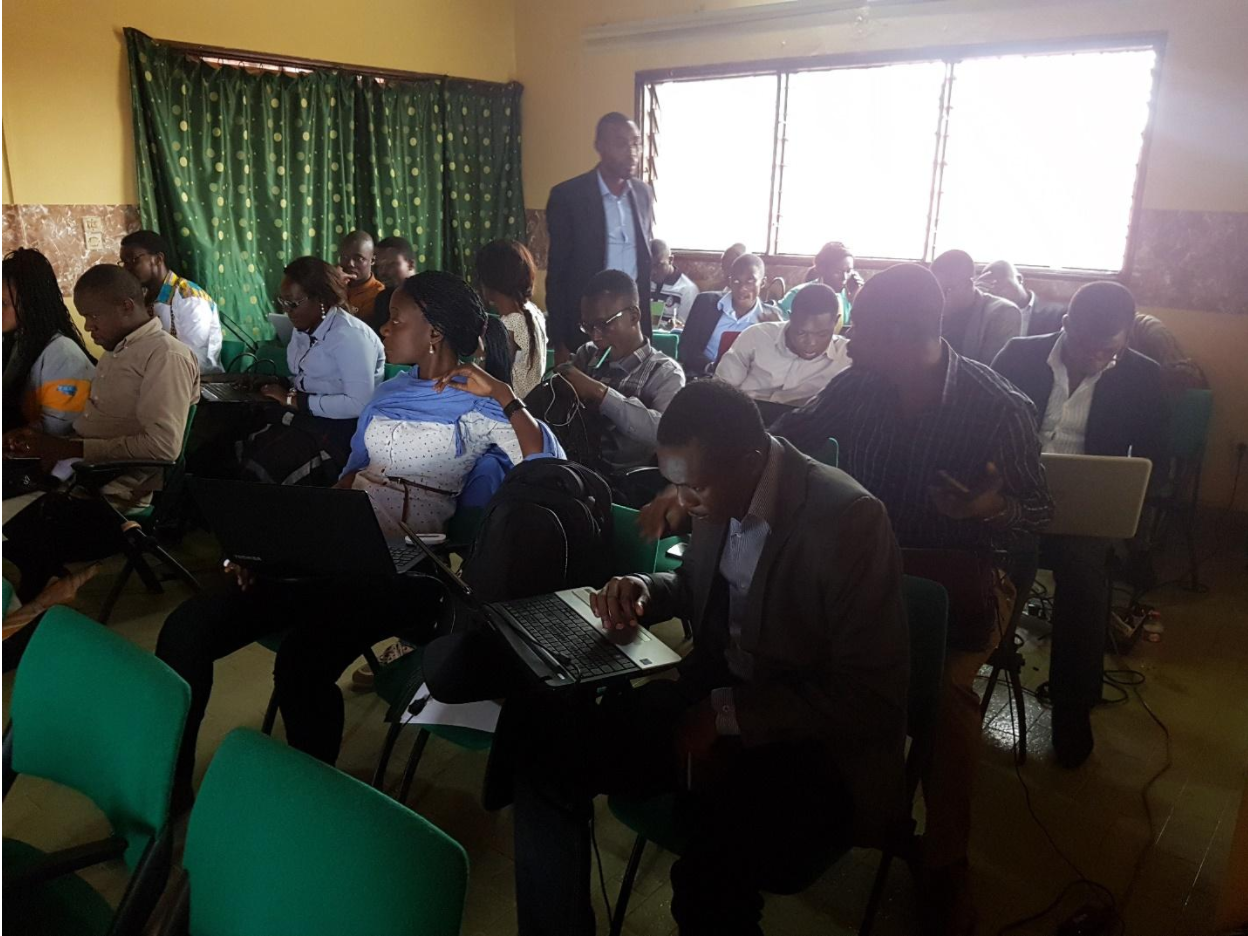 At the end of the workshop, students were encouraged to apply for the forthcoming OpenCon2017 conference to learn more about Scholarly Publishing and Altmetrics and also apply to the BITSS summer institute of UC Berkeley. 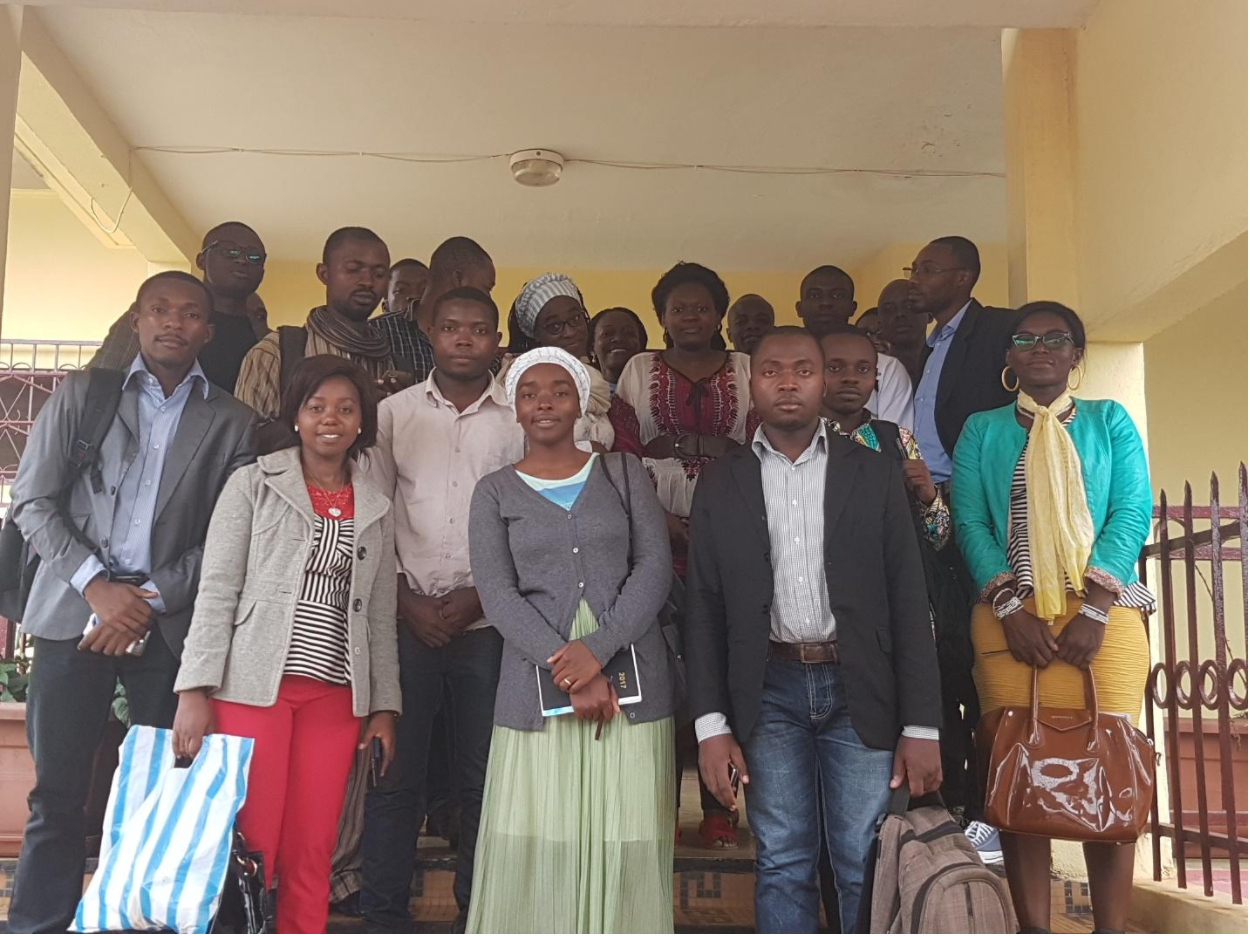 The views of two participants:

“I really wish I knew about all those bottlenecks to research openness (Publication bias, P-hacking, failure to replicate, unreproducible workflow, lack of data sharing and transparency) at the very beginning of my PhD, I would have been more cautious. However, now that the workshop has raised my awareness on the necessity to be more transparent and open in research, I could use the knowledge acquired to enhance the quality of my current and forthcoming publications.” – Mr Armand Mboutchouang Kountchou; Final year PhD Student in economics, University of Yaounde II-SOA and African Economic and Research Consortium (AERC)

“Research transparency, reproducibility and openness tools should be integrated into the academic curriculum of our universities from the undergraduate level. This could enable the next generation of African economic researchers to embrace a different path in order to enhance the credibility and quality of their research outputs.” – Mr Nochi Faha Dief Reagen; PhD Student in economics, University of Yaounde II-SOA and University of Rennes 1, France.