This blog is part of the event report series on International Open Data Day 2017. On Saturday 4 March, groups from around the world organised over 300 events to celebrate, promote and spread the use of open data. 44 events received additional support through the Open Knowledge International mini-grants scheme, funded by SPARC, the Open Contracting Program of Hivos, Article 19, Hewlett Foundation and the UK Foreign & Commonwealth Office. This event was supported through the mini-grants scheme under the environmental theme. 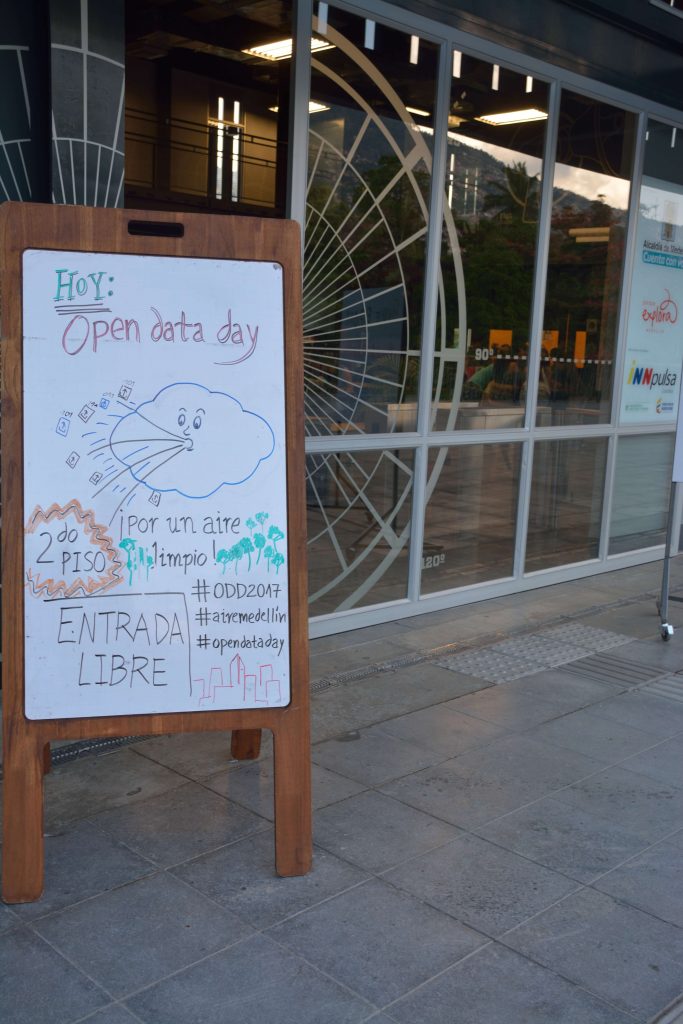 On March 4th, 2017 a group of citizens celebrated Open Data Day aiming “for clean air in Medellín”. This because of an alert of bad air quality registered between March 9 and March 14. With levels of air quality still in worrying levels.

In Medellín we promoted this celebration from the citizen community Datos Abierto Medellín, from the environmental premise: “Open Data Day for clean air in Medellín” to identify, discuss and share information related to air quality, while also learning about data sources and proposing actionable from the citizens, public institutions, collectives, activists and university research groups.

During the 8 hours of the event we identified three main issues:

Where are the data?

Right now the most reliable data sources for air quality in the city comes from the Sistema de Alerta Temprana de Medellín y el Valle de Aburrá SIATA which has 16 monitoring stations for air quality. Other official sources come from the Mayor’s office.

We found that to access the real-time data, we had to request access to it through an email to the SIATA, wishing to access this information. We did this before ODD and received a link to the data download site. Once on the platform, we had to create a user and a password, giving our personal data and whether we belong to a research group. To download this data we also need to fill a form to indicate the time interval of the data we need and what we want to achieve by downloading this data.

These steps to access air quality data were considered by many as bureaucratic restrictions that make access to information more difficult. Estefanía Acosta from SIATA explained that the portal is in an experimental phase right now and this information will help assess the needs of the citizens and researchers so that they will be able to improve the tool and use this information as leverage with other public offices to make the data available as open data.

The week before Open Data Day two citizens decided to download the data and draw some initial conclusions:

Besides these two exercises we showed that even having the data, there is a lack of technical knowledge to analyse this information in an optimal way since some categories or terms aren’t clear. Thus, it is important to establish more open channels for collaboration to inform and explain the conventions and relevant information when publishing the data.

Other specific information about air quality in Medellin must be requested through a “PQRS” (questions, complaints, requirements and suggestions for its initials in Spanish) to the Mayor of Medellín, mentioning all the details of time, space and format to have a complete answer. During the event, some attendants mentioned that these requests tend to be incomplete.

During Open Data Day we heard from different experiences and visions regarding air quality in Medellín, about its relation to access and use of information on this topic. Here are a few ideas shared during that day (videos are in Spanish):

The La ciudad Verde collective and AIREMedellín shared the problems around air quality in the city.

In Medellín there are two silent killers: air pollution and the lack of open data about it.

To analyse air quality we need to consider factors such as weather (winch, humidity, temperature) and other factors like the air, its gases and particles. The liberation of Nitrogen oxides (NOx) like monoxide and dioxide (NO and NO2), two of the most dangerous chemical compounds, air pollutants to which humans are exposed because of vehicle combustion, especially diesel. These compounds can cause grave lung diseases.

Elieen Niemeier, a German researcher living in Medellín spoke about her final work of her masters. This work from 2015 focuses on the possibility of implementing electrical mobility in Medellín, she found that since 2013 there was already a high level of pollution in the city.

SIATA is the Early Alert System which functions as a research, science and technology group for the Mayor’s office, which has contributions from EPM and ISAGEN.

Among its missions we can find:

During ODD we had the SIATA team to talk about the factors affecting air quality in Medellín, ask them questions, point good practices, difficulties and possibilities of access to the data that the centre produces:

Listen to audio – Estefanía Acosta on her role as citizen

Other Ideas during this session about access to data:

Experiments with sensors from academia and citizens

Missión Simple 1 is a project which provides access to space from a research seed space made of undergrads and graduate students of EAFIT University. This mission seeks to design, build, test and validate a small satellite called “CanSat” (because of its soda can shape) to be tested on a rocket platform of mid range.

During ODD we had the presence of Julián Gálvez one of the members of Misión Simple 1. He explained how nano-satellites can contribute to the remote measuring and to the actions of Earth observation, considering air quality, among others. We could also see a demo of a low-cost sensor developed using a microcontroller and a real-time visualisation of the gathered data.

We also had the presence of the Un/loquer collective. Julián Giraldo, known as Brolin, shared their projects during ODD. You can find more information about their work here:

What’s the expectation about Open Data and Air Quality?

Academia and public entities are still researching technologies that will allow us to have better data to understand the conditions of the Valley of Aburrá. The members of the Mayor’s office claim that the air quality sensor network and the network of Citizen Scientists generate relevant data with scientific accuracy. Getting to a red alert on air quality is closer than we think. The SIATA team mentioned that Medellín has had an unexpected growth in a number of motorised vehicles, this is still one of the biggest air polluters.

The Open Data Day for Clear Air in Medellín is an initiative that will give us the roadmap to continue promoting free access to environmental data in the city. Gathering and systematizing information from the public and academic entities, as well as civic organizations is a must, in order to tackle the problems of air quality. It is also necessary to create alliances between the different actors and have a constant exchange, allowing information flow to all the citizens while letting different voices be heard. 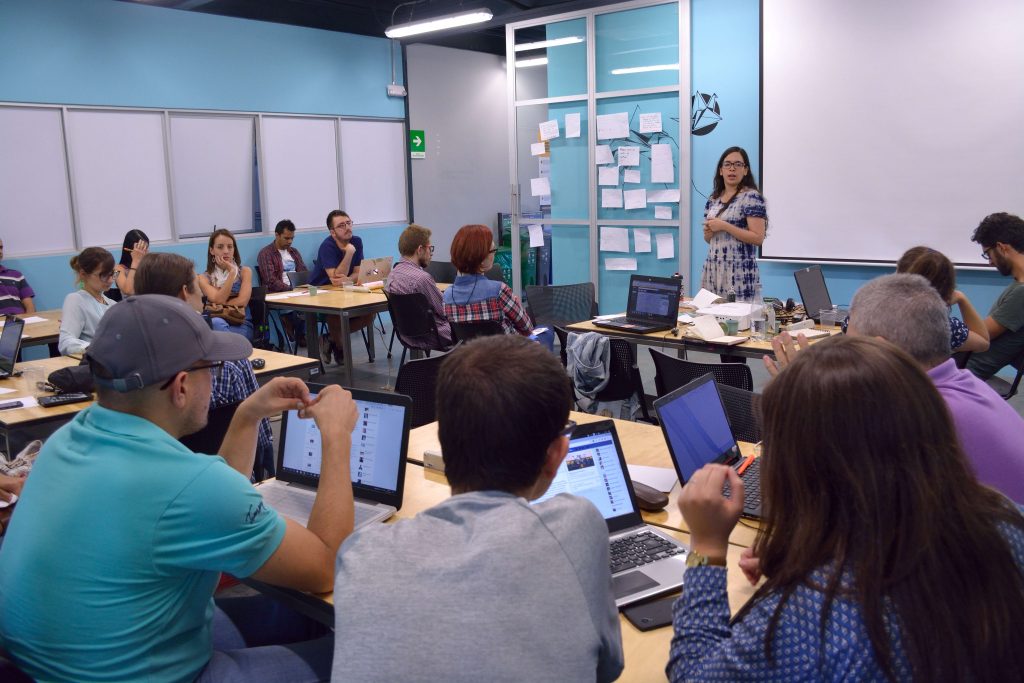 At the end of the event, we listed all the difficulties and proposals for better open data in the city:

The main proposals are:

One thought on “Open Data for Clean Air in Medellin – ODD2017”