This is the first in a series of blogs on how we are using the Agile methodology at Open Knowledge International. Originating from software development, the Agile manifesto describes a set of principles that prioritise agility in work processes: for example through continuous development, self-organised teams with frequent interactions and quick responses to change (http://agilemanifesto.org). In this blogging series we go into the different ways Agile can be used to work better in teams and to create more efficiency in how to deliver projects. The first blog is dedicated to user stories, a popular agile technique.

User stories are a pretty nifty way of gathering requirements in an agile environment, where one of the key values is responding to change over following a plan. They are a good anchor for conversation that can then take place at the right time.

What is a user story?

A user story is a short sentence that encapsulates three things:

Notice that this does not include “How?” The “How?” is left to the team delivering the requirement. After all, the team consists of the professionals. They know how to deliver the best solution.

The most common way to encapsulate a user story is to use the template:

Be careful not to sneak in any Hows into that template. That usually happens in the What so stay focussed! Words like by, using or with should be avoided like the plague because they usually result in a How. Basically avoid anything that has to do with the actual implementation.

Why shouldn’t we go into details?

It’s really quite simple. We expect the requirements to change and we’d just waste a lot of time going into the details of something that might change or get thrown out. We’re trying to be efficient while still giving the team an understanding of the broader picture. An extreme example would be that between project start and time when the team is going to tackle a user story the world might have moved to virtual governments that don’t need transportation any more (technology moves fast). 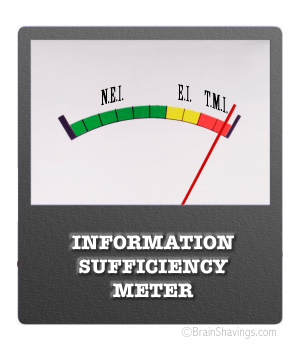 The team also consists of experts so they know what works best (if not, why are they tasked to deliver?). The customers are the domain experts so they know best what is needed. In the website visitor example above, the team would know the best way of showing what a website is about (could be a landing page) but the customer knows what the customer is going to offer through the website and how they help people.

We also value interactions and individuals over processes and tools. In an ever changing requirements environment we want non-details which can when the time comes be the basis for a conversation about the actual implementation. The team familiarises itself with the requirement at the appropriate time. So when starting work on the transportation user story, the team might discuss with the customer and ask questions like:

Surely the customer would still want to be able to have a say in how things get implemented. That’s where acceptance criteria comes in. The customer would create a checklist for each user story when the time comes in a joint meeting, based on discussion. That’s the key thing. It comes out of a discussion.

This criteria tells the team in a bit more detail what they need to fulfill to deliver the requirement (user story). For the government in need of transport this might be things like:

Then the implementation team might even pick public transportation to solve this requirement. A Range Rover wasn’t really needed in the end (albeit this would probably go against the “satisfy the customer” principle but hey! I’m teaching you about user stories here! Stay focussed!).

How is this managed?

One key thing we want to get out of user stories is to not scope the requirement in detail until it becomes clear that it’s definitely going to be implemented. How then do you know what you’ll be doing in the future?

Whatever way you do, this is the general guideline of granularity:

The reason the finest level is in a day or two is to give the team a sense of progress and avoid getting stuck at: “I’m still doing the guildhall thing” which is very demoralizing and inefficient (and not really helpful for others who might be able to help).

There is a notion of the requirements iceberg or pyramid which tries to visualise the three stages. The bottom stage is larger and bigger items (the coarse stuff), mid range is what you’re delivering in a time period, and the finest is the smallest blocks of work. That’s what’s going to be “above” surface for the core team. That’s still just a fraction of the big picture. 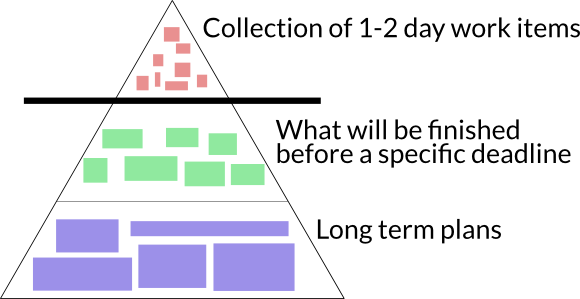 When should who be involved?

So the core team has to decide at what stage of the iceberg they want to write the user stories, and that kind of depends on the project, the customer, and the customer’s involvement. So we need to better understand “the team”.

The core team should always be present and work together. Who is in the core team then? If that’s not clear, there’s a story/joke, about the pig and the chicken, that can guide us:

A pig and a chicken decided to open up a restaurant. They were discussing what name to give the restaurant when the chicken proposed the name: Ham & Eggs. The pig sneered its nose and said: “That’s unfair, I’d be committed but you’d only be involved!”

That’s the critical distinction between the core team and others. The core team is the pigs. Everyone else who is only involved to make the project happen is a chicken. The pigs run the show. The chickens are there to make sure the pigs can deliver.

Chickens come in various sizes and shapes. It can be team managers (planning persons), unit heads, project managers, biz-dev people, and even customers.

The term customer is pretty vague. You usually don’t have all your customers involved. Usually you only have a single representative. For bespoke/custom development (work done at the request of someone else), that person is usually the contact person for the client you’re working for.

At other times the single customer representative is an internal person. That internal individual is sometimes referred to as the product owner (comes from Scrum) and is a dedicated role put in place when there is no single customer, e.g. the product is being developed in-house. That person then represents all customers and has in-depth knowledge about all customers or has access to a focus group or something.

So the representative’s role is to provide the implementers with enough domain knowledge to proceed and deliver the right thing. This individual should not have any say in how the core team will implement it. That’s why the team was hired/tasked with delivering it, because they know how to do it. That’s also why user stories do not focus on the how.

As a rule of thumb: the user stories feed into the stage above the intersection where representative is present.

As a side note, because the chickens are there to make sure the pigs can deliver, they will always have to be available to answer questions. Many have picked up the standup activity from the Scrum process to discuss blockers, and in those cases it’s important that everyone involved, both pigs and chickens, is there so the chickens can act quickly to unblock the pigs. 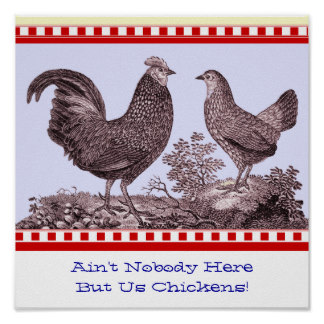 Now go and have fun with user stories. They shouldn’t be a burden. They should make your life easier… or at least help you talk to chickens.

2 thoughts on “OKI Agile: How to create and manage user stories”

Tryggvi Björgvinsson is the Unit Head of IT and Dissemination for Statistics Iceland. He previously worked for Open Knowledge Foundation, and is one of the founders of the Icelandic Digital Freedom Society (FSFI).