This is a blog post coauthored with Enrique Zapata, of the Mexican National Digital Strategy.

As part of the last Global Open Data Index (GODI), Open Knowledge International (OKI) decided to have a dialogue phase, where we invited individuals, CSOs, and national governments to exchange different points of view, knowledge about the data and understand data publication in a more useful way.

In this process, we had a number of valuable exchanges that we tried to capture in our report about the state of open government data in 2017, as well as the records in the forum. Additionally, we decided to highlight the dialogue process between the government and civil society in Mexico and their results towards improving data publication in the executive authority, as well as funding to expand this work to other authorities and improve the GODI process. Here is what we learned from the Mexican dialogue:

During this stage, GODI tries to directly evaluate how easy it is to find and their data quality in general. To achieve this, civil society and government actors discussed how to best submit and agreed to submit together, based on the actual data availability.

Besides creating an open space to discuss open data in Mexico and agreeing on a joint submission process, this exercise showed some room for improvement in the characteristics that GODI measured in 2016:

Open dialogue and the review process

During the review stage, taking the feedback into account, the Open Data Office of the National Digital Strategy worked on some of them. They summoned a new session with civil society, including representatives from the Open Data Charter and OKI in order to:

As a result of this dialogue, we agreed six actions that could be implemented internationally beyond just the Mexican context both by governments with centralised open data repositories and those which don’t centralise their data, as well as a way to improve the GODI methodology:

We hope these changes will be useful for data users as well as other governments who are looking to improve their publication policies. Got any other ideas? Share them with us on Twitter by messaging @OKFN or send us an email to index@okfn.org 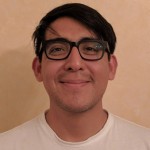