This blog has been reposted from the Open Education Italy blog.

This blog is part of the event report series on International Open Data Day 2018. On Saturday 3 March, groups from around the world organised over 400 events to celebrate, promote and spread the use of open data. 45 events received additional support through the Open Knowledge International mini-grants scheme, funded by Hivos, SPARC, Mapbox, the Hewlett Foundation and the UK Foreign & Commonwealth Office. The event in this blog was supported through the mini-grants scheme under the Equal Development theme.

The Orlando Association, Open Education Italy and the Digital Agenda Department of the City of Bologna promoted the local Open Data Day in Bologna to raise awareness on the specific informational needs of women in this Italian city. What do a feminist association (active in Bologna since the mid of 70s), Open Education Italy (the newborn Italian branch of the international open education movement) and the civil servants managing and working at the Digital Agenda Department have in common? The easy answer could be: they are all women talking about women with other women. However this time this answer is not the right one. Women and men this time discussed how to find data, how to free data that could be useful but is not open (not yet) and how to use this data to raise awareness about the digital women’s rights to the city. 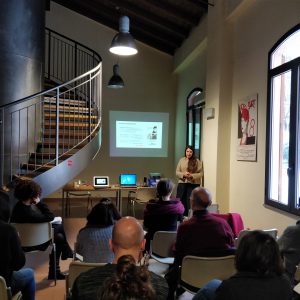 Despite the snow of the beginning of March making a wide participation difficult, the Open Data Day in Bologna was full of ideas, questions and experiments. In the morning researchers, activists and participants discussed about the data and the tools we have and how we can use them. In the afternoon, the workshop was focused on how to treat the data and on the dangerous correlations, the misuse of statistics and about the need of tools and training to monitor through the use of open data activities, work opportunities, gender inequalities in both work conditions and in services delivery and, generally speaking, in power balance among genders.

Speakers and participants agreed that is fundamental to continuously raise awareness in the public and the political debate on the specific rights of women. However we all know that awareness drives frustration if you don’t have a voice to recall your right. So the next step of this activities consists in creating empowerment tools and spaces to use the data to obtain actual change in politics and in the city ecosystem.

The first result of this activity was reached only four days after the Open Data Day, during the celebration of the International Women’s Day. The City Council of Bologna invited the organisers and participants to present the process and the requests emerged during the discussion at the City Hall. Some of the promoters of the Bologna Open Data Day suspended for a hour their presence at the women’s strike in the central square in front of the City Hall, to enter into the palace to start an open data-driven dialogue with the local decision makers on the women’s digital right to the city.

Stay tuned: the Open Day Day could be everyday, as well as the women’s day. 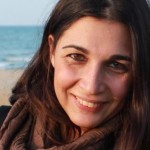 Valentina Bazzarin is Professor of Cognitive Psychology at University Studies Abroad Consortium (USAC), as well as Postdoctoral Research Fellow at the University of Bologna, where she focuses on open data in health care. She has a PhD in General and Clinical Psychology and also worked as reviewer and external expert for the European Commission - DG Connect for the Safer Internet and the Digital Agenda programs.

1 thought on “Women’s digital right to the city: Open Data Day 2018 in Bologna”

Valentina Bazzarin is Professor of Cognitive Psychology at University Studies Abroad Consortium (USAC), as well as Postdoctoral Research Fellow at the University of Bologna, where she focuses on open data in health care. She has a PhD in General and Clinical Psychology and also worked as reviewer and external expert for the European Commission - DG Connect for the Safer Internet and the Digital Agenda programs.