This report is part of the event report series on International Open Data Day 2019. On Saturday 2nd March, groups from around the world organised over 300 events to celebrate, promote and spread the use of open data. Escuela de Fiscales and Economía Femini(s)ta received funding through the mini-grant scheme by the Foreign and Commonwealth Office of the United Kingdom, to organise events under the Equal Development theme. This is a joint report produced by Florencia Tundis, Lucía Espiñeira and Luciana Ambrosio: their biographies are included at the bottom of this post.

On March 8th, 2017, we launched #MenstruAction, a campaign that aims to show that menstruation is also a factor of inequality. This topic was added to a long list of gender issues that frame the work of Economía Femini(s)ta since 2015, such as gender pay gap, housework and other key factors that determine social disparities.

Despite Menstruation being a fact for half of the world’s population, it’s still a taboo. The stigma around it affects the way we produce and share knowledge across communities. Official health campaigns in Argentina either do not provide or collect data about the consequences of long term exposure to chemicals by using tampons and pads, nor about its impact in school absenteeism due to lack of access to menstrual management products and environmental consequences in local ecosystems due to deforestation linked to its production.

On March 2nd 2019 the Open Data Day took place in Buenos Aires. It’s the first time that we as an organization organize this event. Our main goal was to create an estimation on how much it costs for an Argentinian woman to menstruate. Our idea is to put this data to use, so that we can raise awareness in our society about the actual cost of tampons and pads. We did research on the medium age in which a woman starts to menstruate (menarche) and the age, when menstruation stops (menopause). Then, we crossed this information with the medium annual cost for a woman to menstruate, so we can know how much a woman spends per year in all her life in pads or tampons. We were 9 women: four economists, a science communicator, two economic students and two software engineers.

We developed a scraper based on the Precios Claros website (https://www.preciosclaros.gob.ar/), which has open data about the prices of all the products that are commercialized in our country. With this input we were able to create a “menstrual basket”, which didn’t exist so far, due to the lack of visibility on this issue.

This experience allowed us to partner with Las De Sistemas (@lasdesistemas), an organization that works to make the role of women and LGBTIQ people in the IT world. The technical knowledge to develop the “menstrual basket” came from them.

We are very happy with the outcome, and hope to participate in many other events on open data to come! 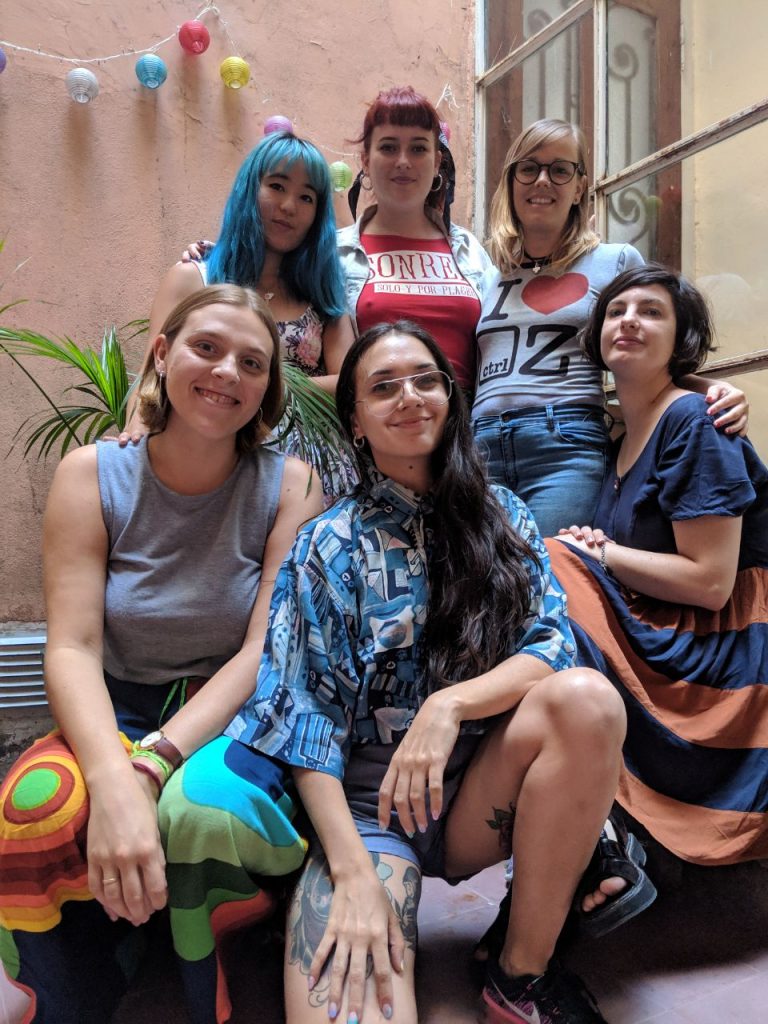 Meanwhile, in the city of Mar del Plata, Argentina, the Open Data Day event was organized for the second consecutive year by the civil society organization Escuela de Fiscales. The main objective of this year was to invite other organizations that do not yet work with open data to know the possibilities they offer to achieve transparency and tools for the design of ideas and policies that generate egalitarian and fair societies. This year a dozen people participated in the call, among which were authorities of “Acompañantes Terapeuticos por la Vocacion”, “Acompañantes Terapeuticos Humanistas”, the society of cooperative action “El Progreso” and the group “Propuesta Democratica”. 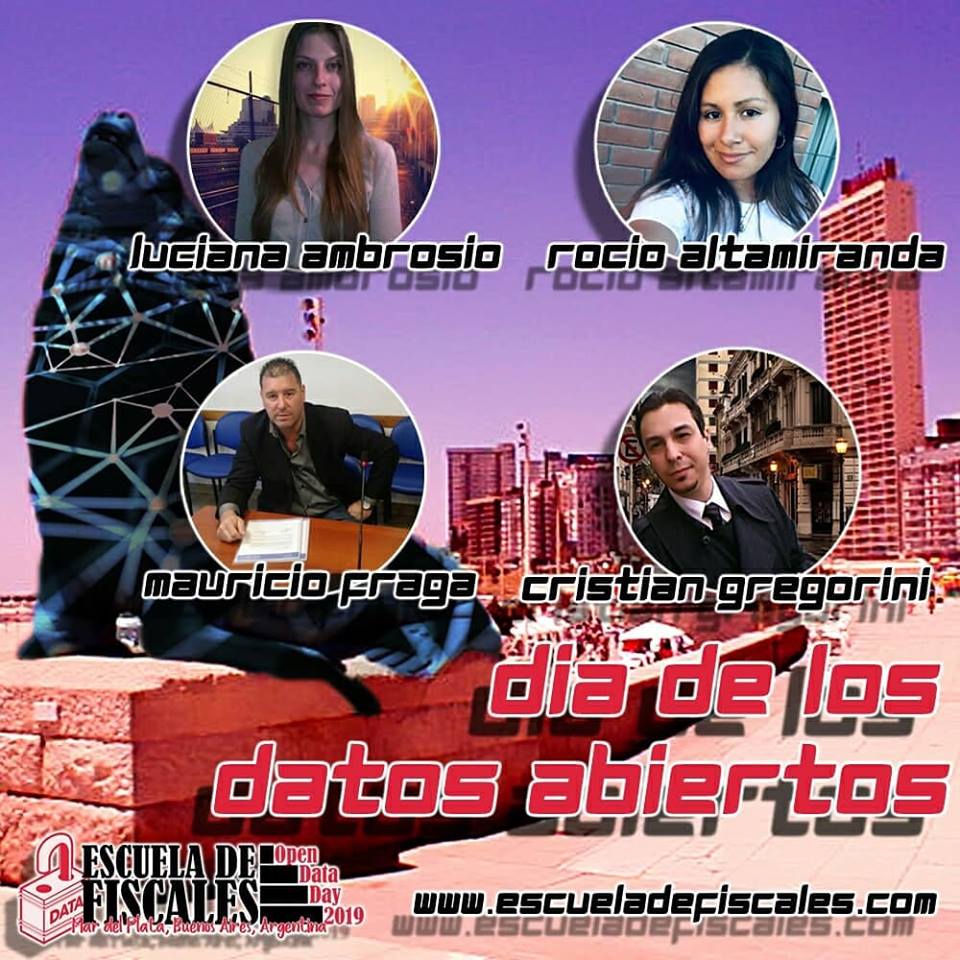 The activity was developed under the modality of a round table, where short exposures were made to generate triggers that later would be debated by the concurrence. With these exhibitions, practical cases were also visualized to generate an impact on how the data solved specific problems. In this way, after a brief introduction to the theory of open data, an interesting debate was generated regarding how they could be used in various areas, especially those related to inclusion and equal opportunities. During the debate that lasted more than two hours several issues were touched, among them how the correct information of the citizenship through the use of data can serve to combat fakes news and in that way allow better decisions to be made with greater freedom and knowledge. 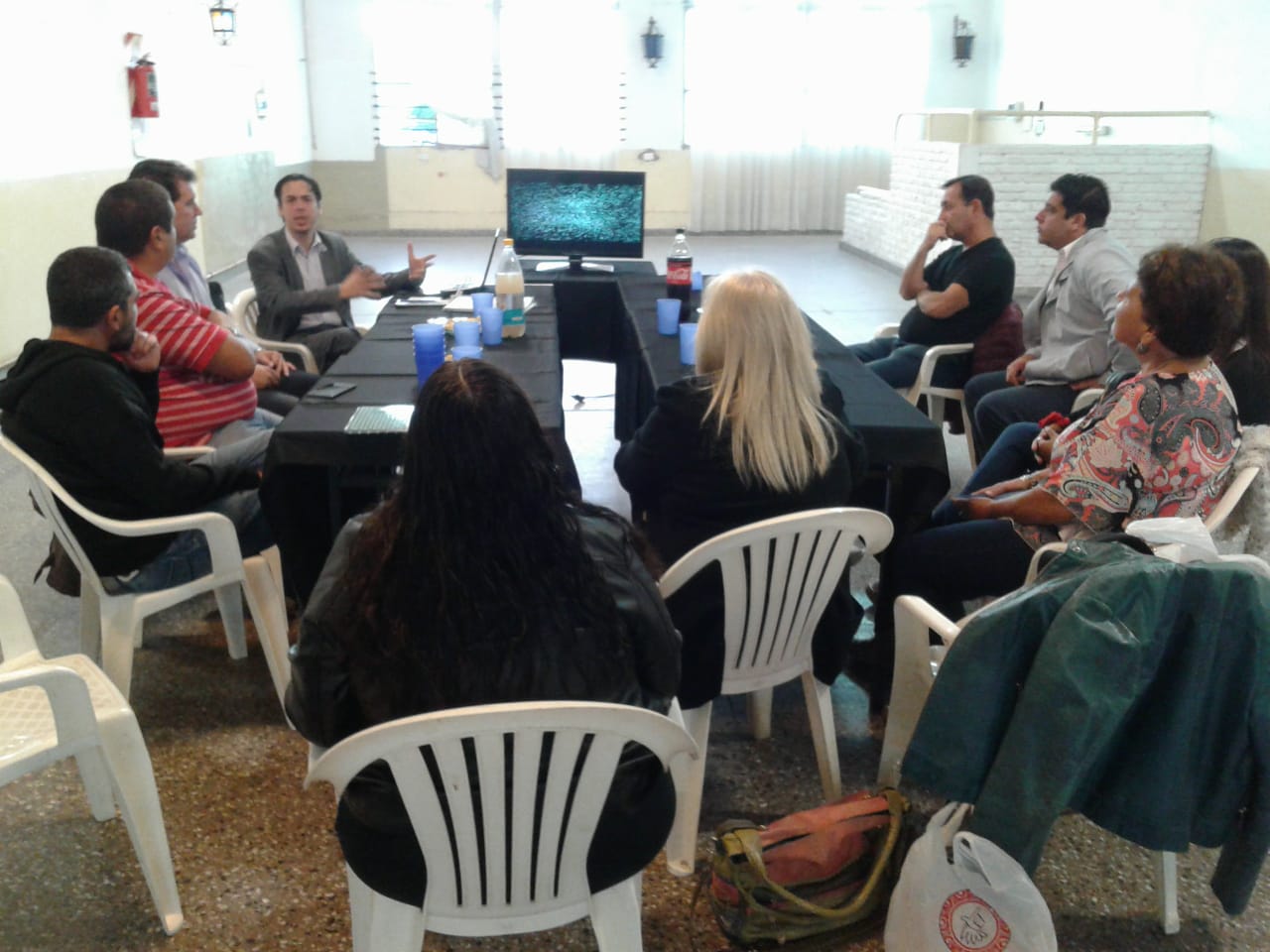 One of the main concerns of the participants was focused on how to ensure that Open Data could be disseminated for the generalized use of the population, and how to make transparency a central issue. In this way, the conversation derived in how the use of technology could favor, through the creation of webs and apps, the use of open data both for the diagnosis of community problems, citizen control and the solution of problems daily activities of citizenship.

The meeting resulted in a strong commitment from the attending organizations and the organizer to continue on a path of joint work and to expand and make massive the use of open data and generate concrete solutions to problems in our community.

Lucía Espiñeira is 21 years old and an Economics student in the University of Buenos Aires (UBA). She takes part in the MenstruAction campaign since 2017. She believes that academic tools are online useful in the streets. She works as a Junior Analyst in a consulting firm. A life dedicated to feminism and social justice is her main goals so far.

Florencia Tundis is Economist and Cinematographic Scriptwriter. She works as a public employee, editor and scriptwriter. In the daytime, she tries to change de world with economics and feminism. In the nighttime, she writes stories that inspire girls and women to empower. Her idols are Amy Poehler, Nora Ephron, Salvadora Medina Onrubia and yourself.

Luciana Ambrosio is Director of Accessibility and Inclusion of the OSC Escuela de Fiscales and activist of OGP Argentina. She seeks to promote democratic alternatives to introduce improvements in society and the environment. She works for the recognition of the rights of people in situations of vulnerability and through civic activism finds a promising way to achieve those goals.