Data.gov.uk goes public today, and we’ve very proud that it is using CKAN, our open source registry of open data, to list official UK government datasets (as we announced in October):

Making public data available for re-use is about increasing accountability and transparency and letting people create new, innovative ways of using it. Government data should be a public resource. By releasing it, we can unlock new ideas for delivering public services, help communities and society work better, and let talented entrepreneurs and engineers create new businesses and services.

The new launch has received lots of press coverage – even making the front page of the BBC news website! Below is a selection: 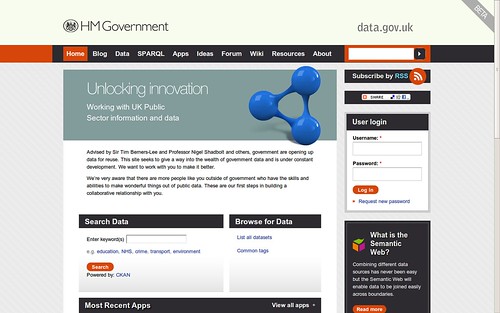 27 thoughts on “Data.gov.uk goes public – and its using CKAN!”