Today’s release of an Open Data Charter by the G8 is testimony to the growing importance of open data worldwide. The Charter recognizes the central role open data can play in improving government and governance and in stimulating growth through innovation in data-driven products and services. It endorses the principle of “open by default” — also supported in President Obama’s recent Executive Order on open data — and makes clear that open data must be open to all and usable by both machines and humans (as per the Open Definition). 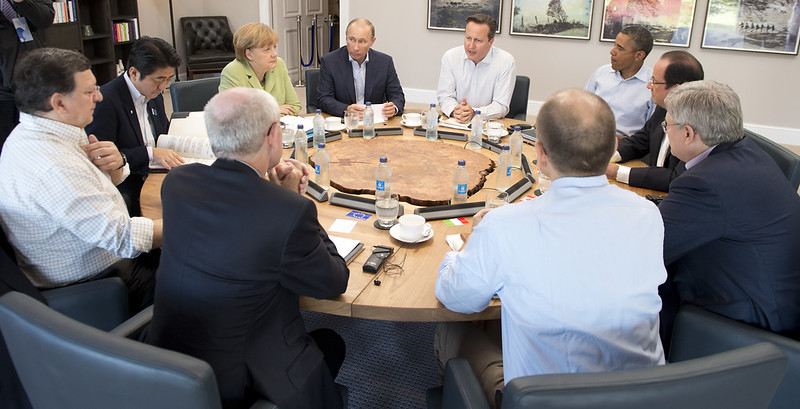 The early results from Open Data Census reported last week show that, even for a small number of core datasets, G8 countries in many cases have a long way to go in opening up essential data. It is therefore good to see that the Charter recognizes a list of “high value datasets” which should be prioritized for release, though it is disappointing that there are no explicit commitments to release the types of data mentioned (and as the Census results showed there is much to be done in this area).

Moreover, as the Charter acknowledges with its 2nd principle on quality and quantity, it’s not just about open data but about quality data — the value of open data will be much diminished if the data turns out to be missing crucial information. In this area much of the devil is in the detail and it will take some detailed follow-up work to make sure this principle turns into practice.

As a concrete example of the quality point, in our work with open data on government finances in the OpenSpending project we’ve often been hampered by the lack of crucial identifiers (for example, for companies or departments), or by data that does not have the granularity to enable it to be used to answer key questions (such as how much was spent on project X), or by simple inaccuracy and unreliability.

Martin Tisne of the Omidyar Network said: “We need to benchmark what excellence means in open data and set a standard so that government reformers are empowered and civil society can engage and monitor. The Open Data Charter does this and offers its principles for consideration to other countries and initiatives. Open data is the most popular commitment out of hundreds put forward by close to 60 countries part of the Open Government Partnership. The Charter will be a great tool for these countries to develop ambitious and meaningful open data initiatives.”

Finally, Governments will have to think hard about how to turn transparency into accountability. This may involve both developing skills and innovations, as mentioned in the Charter, but also thought about the kinds of incentives, and changes in governance, that will make transparency actionable.

The Open Data Charter consists of a main section with 5 principles and a technical annexe which is described a “living set of guidelines” that flesh out best practices around the 5 principles. The principles are:

6) Open data can increase transparency about what government and business are doing. Open data also increase awareness about how countries’ natural resources are used, how extractives revenues are spent, and how land is transacted and managed. All of which promotes accountability and good governance, enhances public debate, and helps to combat corruption. Transparent data on G8 development assistance are also essential for accountability.

7). Providing access to government data can empower individuals, the media, civil society, and business to fuel better outcomes in public services such as health, education, public safety, environmental protection, and governance. Open data can do this by:

9) We, the G8, agree that open data are an untapped resource with huge potential to encourage the building of stronger, more interconnected societies that better meet the needs of our citizens and allow innovation and prosperity to flourish.

10) We therefore agree to follow a set of principles that will be the foundation for access to, and the release and re-use of, data made available by G8 governments. They are:

The main Lough Erne Declaration dedicates to 5 of the 10 points to transparency and open data issues:

… Governments have a special responsibility to make proper rules and promote good governance. Fair taxes, increased transparency and open trade are vital drivers of this. We will make a real difference by doing the following:

2. Countries should change rules that let companies shift their profits across borders to avoid taxes, and multinationals should report to tax authorities what tax they pay where.

3. Companies should know who really owns them and tax collectors and law enforcers should be able to obtain this information easily.

5. Extractive companies should report payments to all governments – and governments should publish income from such companies.

7. Land transactions should be transparent, respecting the property rights of local communities.

10. Governments should publish information on laws, budgets, spending, national statistics, elections and government contracts in a way that is easy to read and re-use, so that citizens can hold them to account. [emphasis added]

Ensure that trustees of express trusts are obliged to obtain and hold adequate, accurate and current information on beneficial ownership regarding the trust.