How to tackle tax havens and how to open up official data were two of the headline topics at the G8 Summit in Northern Ireland last week. But unfortunately the bold plans and commitments that many were hoping for did not materialise.

It seemed that the G8 countries might lead a new global initiative to open up data that is needed to tackle tax havens. But commitments from G8 countries in this area were weak, and their plans remain unclear.

What went wrong? And what needs to happen next? 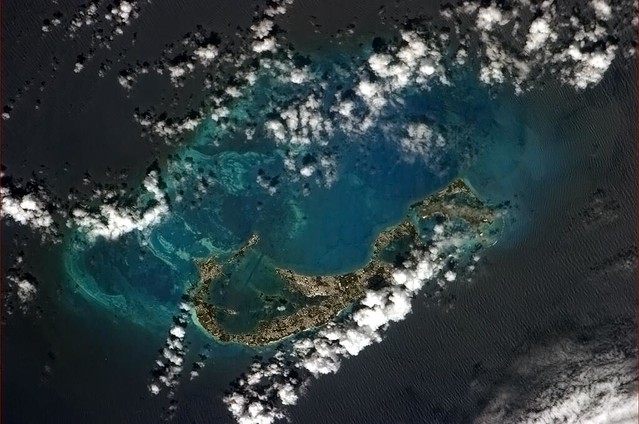 Bermuda – commonly held to be a tax-haven

As you’ll probably know, many of the world’s biggest companies – from Amazon to Apple, Google to Starbucks – have been accused of avoiding tax by setting up complex international networks of shell companies, and defining legal relationships and shifting assets between these companies in a way which means that, overall, they pay as little tax as possible.

Chris Taggart of OpenCorporates, an independent initiative to create an open database of the world’s companies, commented:

When we’re talking about tax havens in fact we’re usually talking about secrecy havens – jurisdictions whose primary attraction is not acting as a neutral or low tax base, but one where secrecy and obfuscation is an essential part of the package. This is clearly essential for money launderers, fraudsters, or those involved in corruption and organised crime. As OpenCorporates’ pioneering work mapping corporate networks shows, they are also used by large corporations to hide their complex networks and legal structures from tax officials, shareholders and competitors.

Greater transparency around tax havens depends on having information about who owns these companies, how they are related, and how money flows between them.

Who is really in charge?

Shouldn’t much of this information already be public in things like national company registers? In principle it should, but unfortunately many of these are incomplete, poorly maintained and – crucially – many only list nominee directors and nominee addresses. This last bit point has received significant attention over the past few weeks and at the G8 Summit.

There have been widespread calls for registers which list the beneficial owners of a given company. Beneficial ownership means whoever it is that benefits from the ownership of a company, not just whomever it is convenient to put down in the company registration form for the purposes of obscuring real ownership and interests.

Who gets to know who is really in charge?

While it is a major step that G8 countries have publicly recognised the importance of beneficial ownership, they have missed a major opportunity in not connecting this to their support for “open data by default”, as outlined in the new Open Data Charter. They announced that:

While there is mention of some public disclosure, the emphasis is very much on governments having and exchanging this information between them, not on public access.

By contrast, there looks to be strong consensus amongst many civil society organisations that this information needs to be public.

As Gavin Hayman at Global Witness succinctly put it “Ultimately, every single country – and their offshore tax havens – must commit to making company ownership a matter of public record.”

Heather Lowe from Global Financial Integrity (GFI) said that “the fact that the G8 failed to endorse the concept that this information should be available to the public” was “troubling”.

We think that public access to information about the beneficial ownership of companies is essential – and furthermore that this data should be made open as per OpenDefinition.org – so that the public are able to use, publish and share it without restriction.

We spoke to Richard Murphy, an accountant and tax justice activist said to be “the research muscle behind the Tax Justice Network“, who agreed with us.

“Tax authorities are not the only stakeholders impacted by tax haven activity” he said. “Many eyes can help to spot errors and abuse that tax authorities will never see.”

The next generation of company registers

But is better information about company ownership enough?

Richard Murphy advocates an approach that he has helped to develop which he calls country-by-country reporting, and which would see multinational corporations required to disclose information which would give a more joined up global picture of their operations – including which countries they operate in, the names of all their companies in every country, and information about their trading and tax in each country.

Heather Lowe from Global Financial Integrity also commented that releasing more detailed company accounts “will very likely cause a company to consider whether it wants to take a very aggressive tax position if the results of its actions will be open to public scrutiny”, adding “there are some questions that a company is going to want to avoid, but the information has to be available to allow the public to ask those questions”.

4 thoughts on “What data needs to be opened up to tackle tax havens?”