Local data is often the most relevant to citizens on a daily basis – be it rubbish collection times, local tax rates or zoning information. However, at the moment it’s difficult to know which key local datasets are openly available and where. Now, you can help change that.

We know there is huge variability in how much local data is available not just across countries but within countries, with some cities and municipalities making major open data efforts, while in others there’s little or no progress visible. If we can find out what open data is out there, we can encourage more cities to open up key information, helping businesses and citizens understand their cities and making life easier.

We’ve created the Local Open Data Census to survey and compare the progress made by different cities and local areas in releasing Open Data. You can help by tracking down Open Data from a city or region where you live or that you’re interested in. All you need to do is register your interest and we’ll get your Local Open Data Census set up and ready to use. 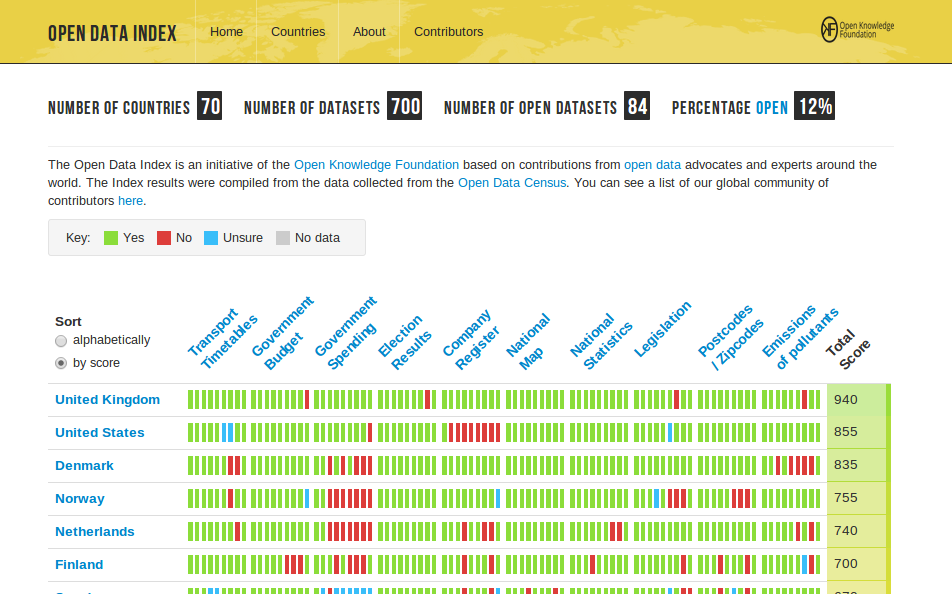 Open Data Day is coming – it’s on 22 February 2014 and will involve Open Data events around the world where people can get involved with open data. If you’re organising an open data event, why not include a Census-a-thon to encourage people to track down and add information about their city?

A Local Open Data Census for your city will help:

It’s really easy to contribute to an Open Data Census: there’s lots of documentation for them and a truly global community creating and using them. A City Census is a great way to get involved with open data for the first time, as the information is about things city residents really care about. Or if you’re more interested in regions, counties or states, you can take part a regional Census. (Some countries will have both regional and city Censuses, because of the way their local government information is organised.)

Sign up now to ensure your city and country have a Local Open Data Census up and running before Open Data Day, and let’s see how much open data about open data we can create this month! We’ll have more tips on how to run a successful Census-a-thon coming soon.

Register your interest in a local census

The history behind the Local Open Data Census

In 2012 we started an Open Data Census to track the state of country-level open data around the world. The 2013 results published as the first ever Open Data Index last Autumn covered 700 datasets across 70 countries, and have already proved useful in driving open data release around the world. We’re looking forward to updating the Census for 2014 later this year.

However, a lot of data that is most relevant to citizens’ everyday lives is at the local level. That’s why last year we ran a separate pilot, to measure release of open data at the local, city level – the City Open Data Census. We’ve learnt a lot from the experience and from the community who used the pilot, and we are now ready to offer a full Local Open Data Census to everyone, everywhere.

You can find out more on the new Census “Meta” site »

Census surveys of cities and regions will be run on a country-by-country basis, managed locally with local groups or other organisations. In the United States, we’re pleased to be collaborating with the Sunlight Foundation and Code for America. They are running a series of events for Open Data Day, CodeAcross (links here and here), including the city census for the US.

We also know that people will want to run their own specific Open Data Censuses focused on particular topics or datasets. If you’ve been wondering about the openness of pollution data, legal information, public finances or any other topic, we can set up a special Census to survey the datasets you care about, on a national or regional scale.

A Topical Census uses the platform built for the Open Data Census to run a similar, customised census, and publish the results in a simple and visually appealing way. The questionnaires, responses and results can be hosted by the Open Knowledge Foundation, so you don’t have to worry about the technical side. If you are interested in running a Topical Open Data Census, get in touch with the Census team.

Note that we expect quite a bit of demand for local Censuses in the next few weeks. We will prioritise requests for Topical Censuses from groups who have more people ready to get involved, such as existing networks, working groups or interest groups around the topic, so please let us know a little about yourselves when you get in touch.