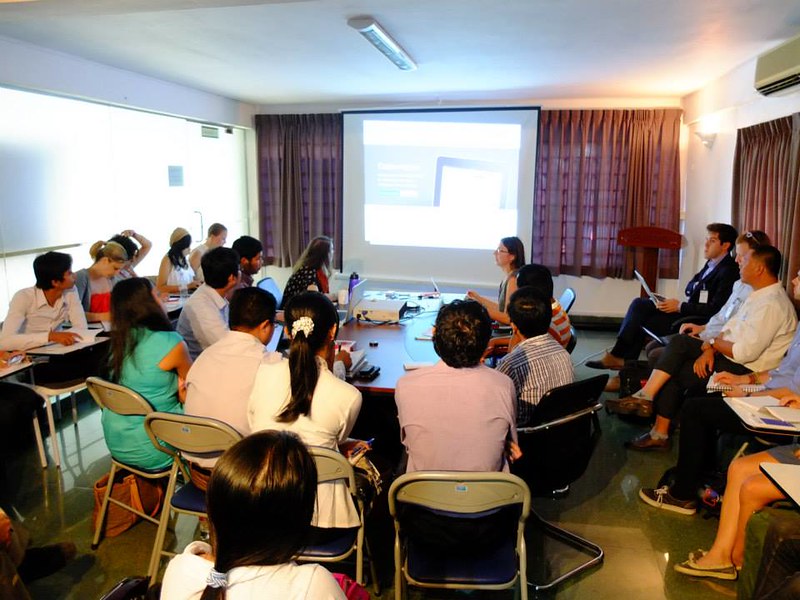 This is the third guest blog post from Open Steps, an initiative by two young Berliners Alex (a software developer from Spain) and Margo (a graduate in European politics from France) who decided to leave their daily lives and travel around the world for one year to meet people and organizations working actively in open knowledge related projects, documenting them on their website. Read also the first blog post and the second one.

After the first 6 months in East Europe and India, we landed in the Asian continent and had two and a half months to explore South-East Asia, Hong Kong and Japan. Starting first planning meetings and workshops in the Mekong Region, we rapidly understood there are not numerous organisations working on Open Knowledge there, compared to the previous visited countries. 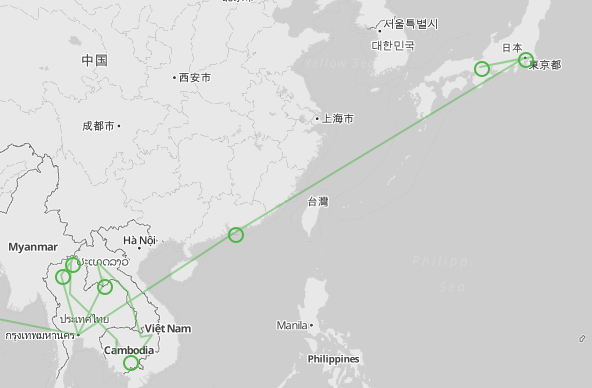 The Mekong Basin Region and its lack of Open Data momentum

In none of the countries we passed by in South-East Asia (Thailand, Cambodia & Laos) we could find a strong will from the public administration to promote Open Data (OD) or Open Government (OG) initiatives. However, each government has its own different experience. Let’s take a look at this in detail:

In Thailand, we got in contact with Opendream, a company focused on developing web and mobile apps around social issues, mostly using and released as Open Source. Organising our workshop in their offices brought us closer to the singular Thai Open Data history. A plan for releasing data to the public domain through an Open Data platform (which was built by Opendream members) had already been initiated under the mandate of the previous Prime Minister, but surprisingly dismissed few months afterwards when the power changed hands. At the time of our visit, this first attempt was not available anymore on the web and there was no plan to do a second one. Considering other kind of organisations than the public sector, we discovered Thai Netizen Network, a small group of advocates working on intellectual property. We met Arthit Suriyawongkul, its founder, who is also one of the activists working on the Thai adaptation of the Creative Commons license. According to him, the Open movement in Thailand can be summarized in a few individuals who might be connected via social networks but don’t represent in any case an active and regular meeting group. 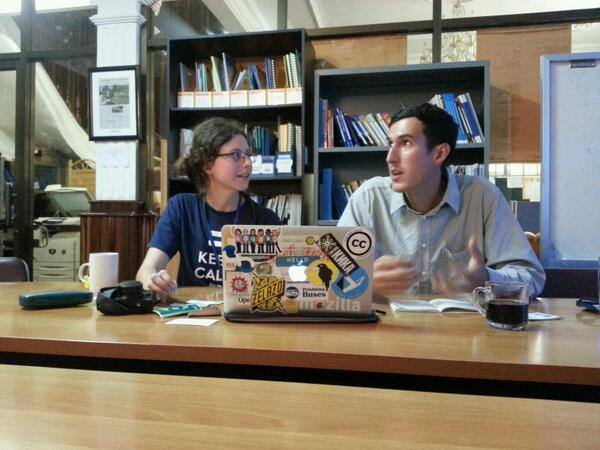 In Phnom Penh, the capital of Cambodia which was our next stop, Open Data is neither the priority of the government. But there, we could meet several organisations, mostly NGOs, and also gathered numerous students, journalists and human rights advocates as attendees at our events. This reflects a big interest in both data visualisation and data journalism. Our 3 workshops were respectively organised at the national high school for media practitioners (the DMC of the Royal University), with the German GIZ (the Public Agency for International Cooperation) and with Transparency International Cambodia. One of the organisations we particularly consider relevant to mention is Open Development Cambodia (ODC), which manages the only online platform in Cambodia where local data is being aggregated and shared. The elaborate map visualisations of this NGO are the proof that the civil society is active and that making use of data is already a know tool to bring awareness and to address specific issues Cambodia has to face. ODC’s team is working hard on it and together with the newly created OKFN local group, they are the ones leading the efforts. Not to forget is the great event they organised for the international Open Data Day this year. 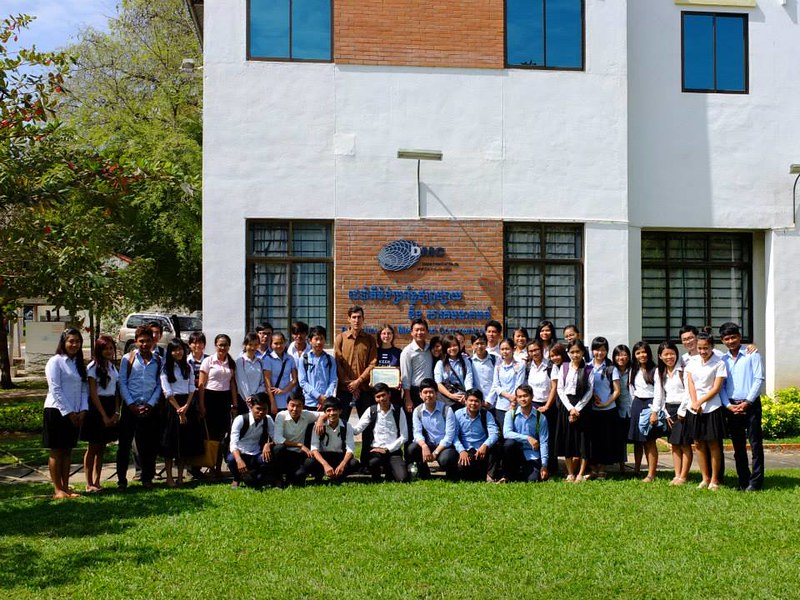 What about Laos? The neighbouring country has an even more difficult situation than Thailand and we could not discover any initiative there which can be categorized as open, neither from the public administration nor from the civil society. In Vientiane, we met the IT-team behind the data portal of the Mekong River Commission (MRC), an intergovernmental agency between Laos, Thailand, Cambodia and Vietnam, created to preserve the Mekong basin region and improve its water management. The data portal is a platform gathering and analysing data on (among others) water quality through various maps and reports. Sadly, due to national policies and the strict rules defined by the collaboration between these four countries, the data is not available as open but some fees and copyright apply for download and re-use. 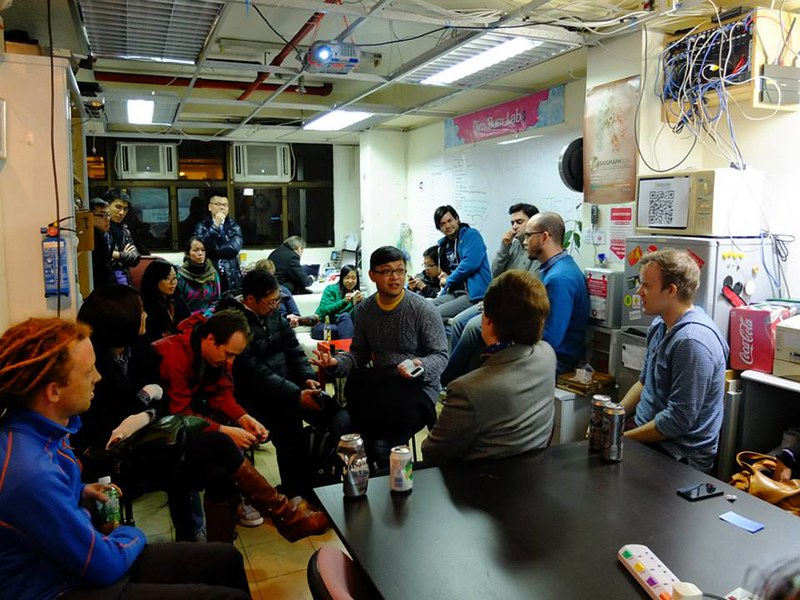 South-East Asia can definitely not reflect all Asia and what we discovered during the rest of our journey was the antipode of the first three countries mentioned. We headed further East and arrived in Hong Kong, where we were already in contact since we left Berlin with two active organisations: DimSumLabs (hackerspace) and Open Data Hong Kong (ODHK). DimSumLabs offered us its space and ODHK its warm support to run our session in the big metropole. As they both have built a great community of activists and enthusiasts, the topic of Open Data and Open Cultures in general is large known and there was no need to present our usual beginners-targeted workshop. Instead of that, we prepared new contents and did a recap of the most exciting projects we had discovered so far. It resulted in a very interesting discussion about the status of Hong Kong as “Special Administration Region” of China. The city still remains under China´s rules (has no Freedom of Information Act) but its autonomy allows a “healthy” environment for OD/OG initiatives. The existence of the Open Data platform and Open Data challenges are a proof of it. 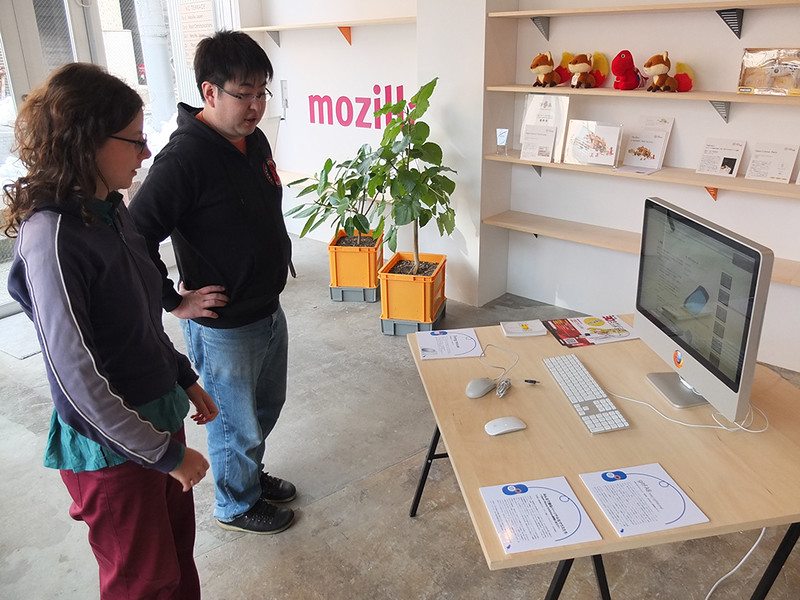 On the same line, Japan was a productive stop for our research. First, we visited the Mozilla factory, created last year in the centre of Tokyo. A fantastic open space for everyone to learn and work on the web, equipped with tools such as 3D printers and greatly designed with Open Source furnitures available for download and re-use. On our meeting, we discovered also about their new project called MozBus, a refurbished camping van turned into a nomadic web factory that can provide internet infrastructure at remote areas after natural disasters. The International Open Data Day (22nd February 2014) happened during our stay in this last stop in Asia and we participated in the event organised in Kyoto. There, volunteers from public and private sector and members of the OpenStreetMap Foundation scheduled an one-day workshop to teach citizens with different backgrounds and ages how to use OpenStreetMap and Wikipedia, with the main purpose to document and report historical buildings of the city. In addition, this event was also a good place to research about the status of OD/OG initiatives in Japan. If the government has worked on a strategy for many years (with focus on how can OD/OG make disaster management more efficient) and seems to be in the list of the much advanced countries; the national Open Data platform, launched in beta, dates from last December and there are, generally speaking, still improvements needed, particularly regarding the licenses applied for spending and budgeting data. 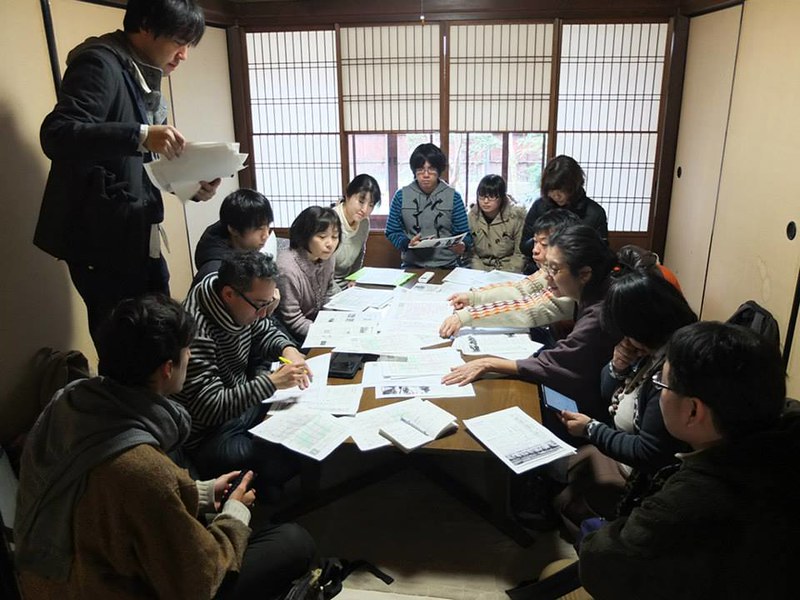 But that is not all what is happening in Asia

Although we would really have loved to, it was not possible for us to be all over the continent and discover all the projects and initiatives currently going on. Countries as Indonesia, Philippines or Taiwan present an advanced status regarding Open Data and we would definitely have had a lot to document if our route would have passed there. We invite you to read this sum-up about the Open Data situation in Asia (put together by a folk on the OKFN-Discuss mailing list after last year’s OKCon) to get a more detailed idea on the different contexts the Asian continent shows. It’s a very good read!

After Asia, keeping heading East, we are now reaching South-America and this is here where the last part of our one-year research begins. We have now four months to go through Chile, Argentina, Uruguay, Brazil and Peru and the first contacts we could establish are really promising …. follow us to get updated!