Open Knowledge International is coordinating the Open Data for Tax Justice project in partnership with the Tax Justice Network to create a global network of people and organisations using open data to inform local and global efforts around tax justice.

Tax evasion, corruption and illicit financial flows rob countries around the world of billions in revenue which could be spent on improving life for citizens.

That much can be agreed. But how many billions are lost, who is responsible and which countries are worst affected? Those are difficult questions to answer given the lack of transparency and public disclosure in many tax jurisdictions.

The consensus is that it is the economies of the world’s poorest countries which are proportionally most affected by this revenue loss, with African governments estimated to be losing between $30 billion and $60 billion a year to tax evasion or illicit financial flows, according to a 2015 report commissioned by the African Union and United Nations.

International bodies have been slow to produce solutions which fight for the equitable sharing of tax revenues with lobbying leading to a retrenchment of proposed transparency measures and scuppering efforts to create a global tax body under the auspices of the UN. 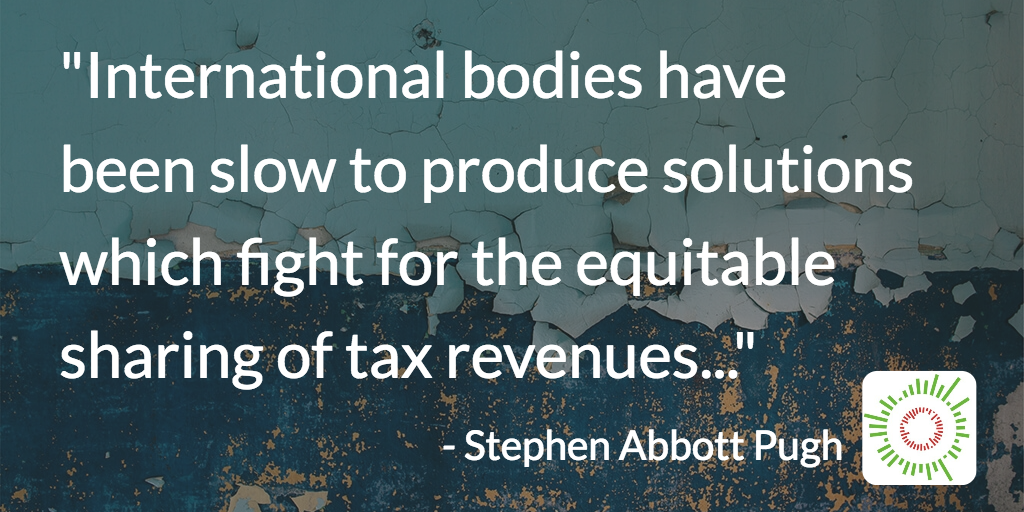 More transparency and public information is needed to understand the true extent of these issues. To that end, Open Knowledge International is coordinating the Open Data for Tax Justice project with the Tax Justice Network to create a global network of people and organisations using open data to improve advocacy, journalism and public policy around tax justice.

And last week, I joined the third iteration of the International Tax Justice Academy, organised by the Tax Justice Network – Africa, to connect with advocates working to shed light on these issues across Africa.

The picture they painted over three days was bleak: Dr Dereje Alemayehu laid out how the views of African countries had been marginalised or ignored in international tax negotiations due in part to a lack of strong regional power blocs; Jane Nalunga of SEATINI-Uganda bemoaned politicians who continue to “talk left, walk right” when it comes to taking action on cracking down on corrupt or illicit practices; and Professor Patrick Bond of South Africa’s Witwatersrand School of Governance foresaw a rise in violent economic protests across Africa as people become more and more aware of how their natural capital is being eroded.

Several speakers said that an absence of data, low public awareness, lack of political will and poor national or regional coordination all hampered efforts to generate action on illicit financial flows in countries across Africa. Everyone agreed that these debates are not helped by the opacity of key tax terms like transfer pricing, country-by-country reporting and beneficial ownership.

“…an absence of data, low public awareness, lack of political will and poor national or regional coordination all hampered efforts to generate action on illicit financial flows”

The governments of South Africa, Nigeria, Kenya and Tanzania may have all publicly pledged measures like creating beneficial ownership registers to stop individuals hiding their wealth or activities behind anonymous company structures. But at the same time a key concern of those attending the academy was the closing of civic space in many countries across the continent making it harder for them to carry out their work and investigate such activities.

Michael Otieno of the Tax Justice Network – Africa told delegates that they should set the advocacy agenda around tax to ensure that human rights and development issues could be understood by the public in the context of how taxes are collected, allocated and spent. He encouraged all those present to combine forces by adding their voices to the Stop the Bleeding campaign to end illicit financial flows from Africa.

Through our Open Data for Tax Justice project, Open Knowledge International will be looking to incorporate the views of more civil society groups, advocates and public policy makers like those at the tax justice academy into our work. If you would like to join us or learn more about the project, please email contact@datafortaxjustice.net.

1 thought on “Spotlight on tax evasion: Connecting with citizens and activists working on tax justice campaigns across Africa”