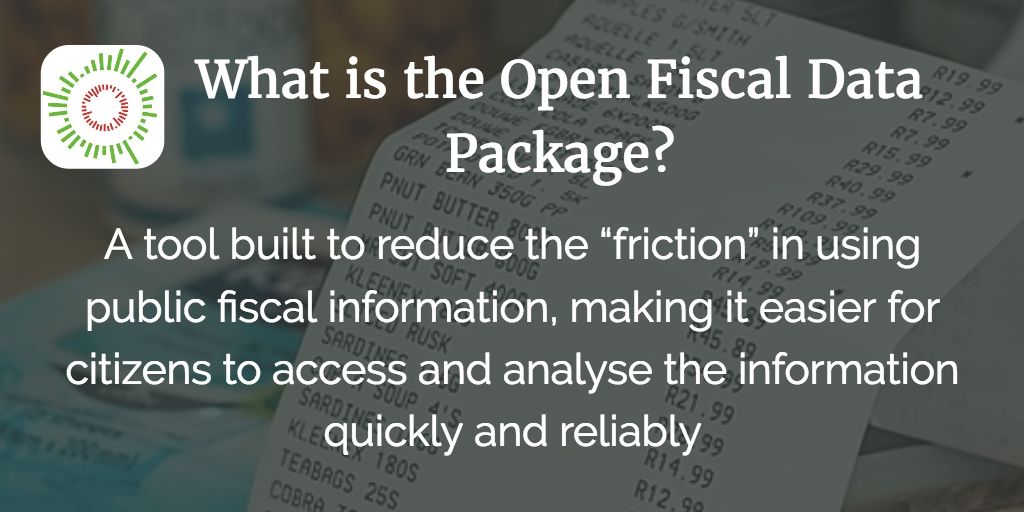 This post looks at the Open Fiscal Data Package – an open standard for publishing fiscal data developed by Open Knowledge International, GIFT and the World Bank. In September of 2016, Mexico became the first country to officially endorse the OFDP, by publishing Federal Budget data  in open formats using OpenSpending tools. OpenSpending is one of Open Knowledge International’s core projects. It is a free and open platform for accessing information on government spending. OpenSpending supports civil society organisations by creating tools and standards so citizens can easily track and analyse public fiscal information globally.

The Open Fiscal Data Package (formerly Budget Data Package) is a simple specification for publishing fiscal data.  The first iteration was developed between 2013 and 2014 in collaboration with multiple partners including the International Budget Partnership (IBP), Omidyar Network, Google.org, the Global Initiative for Fiscal Transparency (GIFT), the World Bank and others. The 0.3 version of the OFDP was released at the beginning of 2016, featuring a major revision in the structure and approach, establishing the foundation for all future work leading up to a future v1 release of the specification.

The OFDP is part of our work towards “Frictionless Fiscal Data” where users of fiscal information –  from journalists to researchers to policy makers themselves – will be able to access and analyze government data on budgets and expenditures, reducing the time it takes to gather insights and drive positive social change. The Open Fiscal Data Package enables users to generate useful visualizations like the following one in only a few clicks: 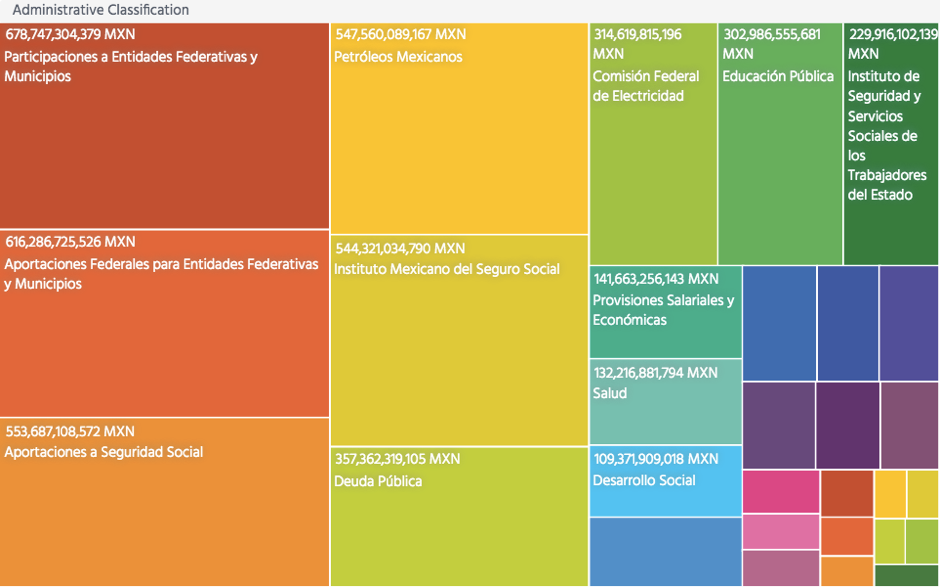 Having a standard specification for fiscal data is essential to being able to scale this work, allowing tool-makers to automate:

We have drawn on excellent related work from similar initiatives like the International Aid Transparency Initiative (IATI), the Open Contracting Partnership, and others while aiming to keep the specification driven by new and existing tooling as much as possible.  The specification took into account existing tools and platforms, in order to ensure that adaptations are simpler and with less friction.

The Open Fiscal Data Package and its associated tooling was built to reduce the “friction” in accessing and using public fiscal information, making it much easier for governments to publish data and for users of the data, such as journalists, researchers and policy-makers, to access and analyse the information quickly and reliably.

The Open Fiscal Data Package is an extension of Tabular Data Package which itself is an extension of Data Package, an emerging standard for packaging any type of data.  Data Packages are formats for any kind of data based on existing practices for publishing open-source software. We extend this standard for fiscal data through mapping values from transaction line items in the on-disk dataset (in this case, a CSV file) to a conceptual representation of financial amounts, entities (e.g. payee/payor), classifications (e.g. COFOG), or government projects.

Our approach to describing the logical model is based heavily on the terminology and approach of OLAP (Online Analytical Processing). This approach allows answering multi-dimensional analytical queries swiftly. Through a system of community feedback via GitHub issues, we have defined methods of modeling hierarchical budgets, the “direction” of a given transaction, as well as the fiscal periods for specific spending.  In addition, we support both aggregated and transactional datasets, as well as budgets containing  “status” information (e.g. “proposed”, “approved”, “adjusted”, and “executed”).

We are committed to developing this standard in concert with developing the tooling to support it. OpenSpending Next, the next version of OpenSpending is currently working natively with the Open Fiscal Data Package.

Fiscal data comes in many forms, and we have sought to model a large variety of datasets in the simplest terms possible.  In the future, we are looking to support a wider variety of data.

To hear more about the Open Fiscal Data Package and OpenSpending tools, join us for the Google Hangout on October 25th, 4 pm Berlin time. More details can be found here. 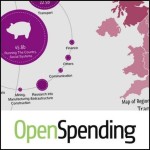 OpenSpending is a centralised platform for accessing information on government spending, equipping citizens with information on how public funds are being spent. OpenSpending supports civil society organisations by creating tools that provide overviews of public expenditures and promote fiscal transparency of spending data.

2 thoughts on “What is the Open Fiscal Data Package?”

About The OpenSpending team

OpenSpending is a centralised platform for accessing information on government spending, equipping citizens with information on how public funds are being spent. OpenSpending supports civil society organisations by creating tools that provide overviews of public expenditures and promote fiscal transparency of spending data.