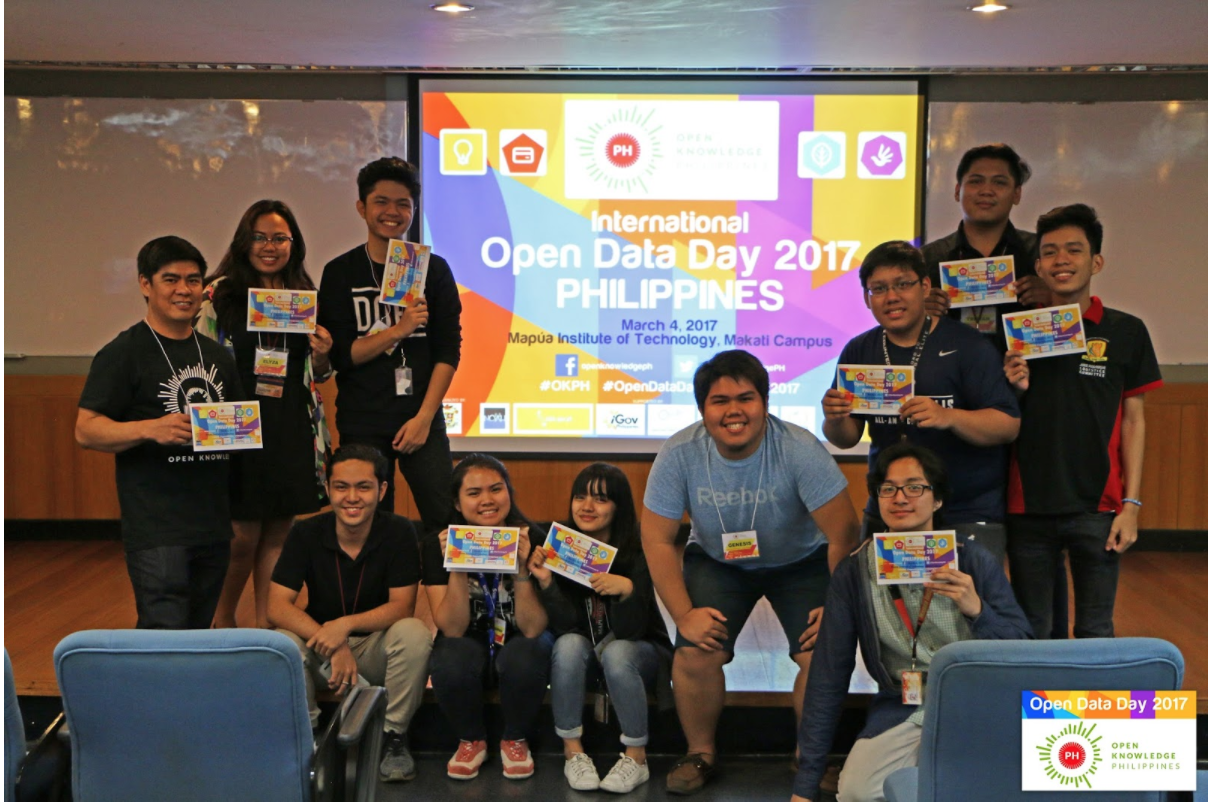 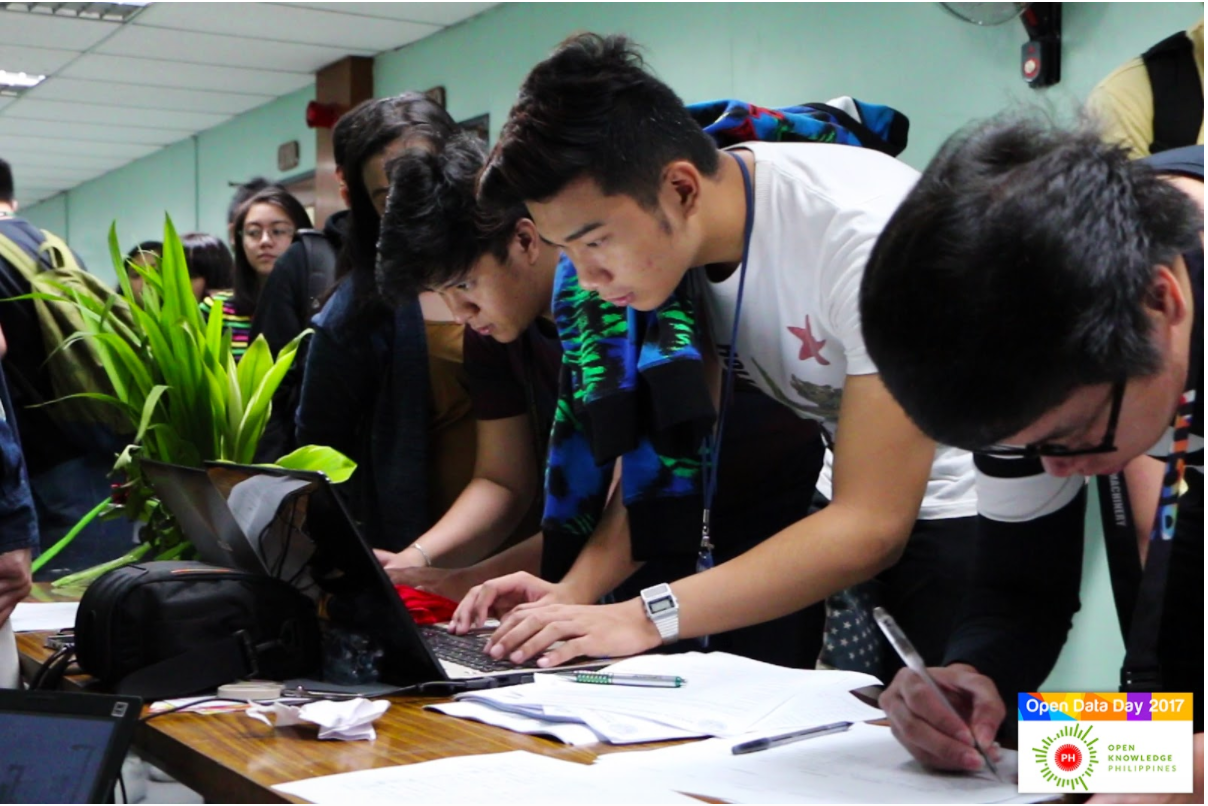 Creating awareness about Open Data in the Philippines

The session was opened with a welcome and opening remark from Mr Joseph De Guia (local group ambassador of Open Knowledge Philippines) on the theme of the celebration: “Solving problems in the society”. Participants were then showed two videos:  open data from Open Knowledge International and the School of Data Summer Camp to introduce them to the people working behind the scenes at Open Knowledge International and their advocacy work in “showing the value of open data for the work of civil society; how effectively use open data; and making government information systems responsive to civil society.” 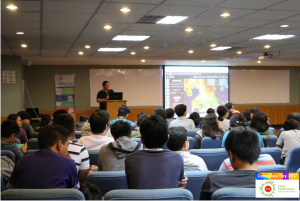 The keynote speaker was Dr Alfredo Mahar Lagmay, Executive Director of the National Operational Assessment of Hazards (Project NOAH) of University of the Philippines. He delivered the message “the use of open data to make disaster resilient Philippines” through the use of Project NOAH. The project has been made available to the public and has encouraged participative and collaborative effort through crowdsourcing and mapping to improve the emergency response during calamities and disasters. 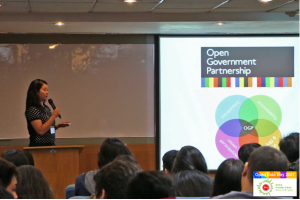 The next speaker was Ms Stephanie Azarias, team lead of Open Data Philippines of the Department of Information and Communications Technology (DICT). Ms Azarias highlighted the harmonisation of government data disclosure through open data and freedom of information (FOI). She presented the open data portal, freedom of information portal and the projects of Integrated Government Philippines Project (iGovPhil). 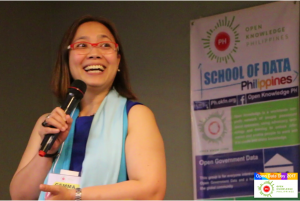 Ms Gemma Mendoza of Rappler.com during her talk about social activism and using open data in journalism and reporting for social good.

Other speakers were Paul De Paula of Drupal Pilipinas, Ms Gemma Mendoza of Rappler.com. The speakers shared their common interest in open data as well as what they’re doing in this area. Drupal Pilipinas Tech Community volunteers are advocating open source application development for Drupal that can be used in open data portal (such as DKAN). Rappler.com is an online media company who is also doing research and investigative journalism for social good. These speakers brought new ideas on how open data can be explored and used to solve problems in the society.

Part of the afternoon session was an opportunity for the students to be engaged in an open data workshop. The students were provided with a brief background about the open data sets to be used in the Project NOAH weather and disaster monitoring. 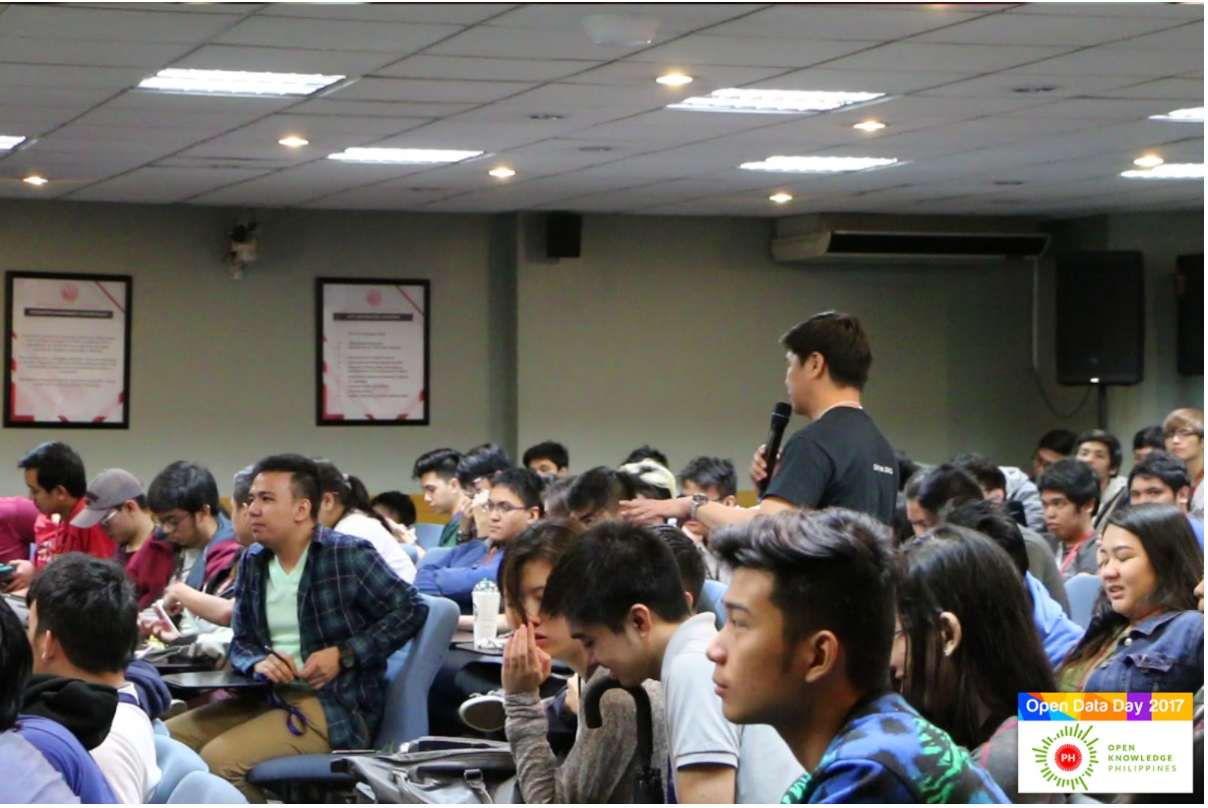 Joseph leading and facilitating the discussion during the “open data workshop.”

They were guided in downloading the datasets from the Open Data portal and using the FOI data portal. They were also encouraged to formulate their research agenda as their capstone topics. This was followed by a “show and tell” which is a short demonstration of their understanding of the program and discussion of the topics.

The speakers were given the opportunity to encourage students to take steps in open data movement and activism. They were also able to inspire the students, faculty members and other attendees of the event to take part in the open data education and use them to solve the problems in the society. The speakers were awarded a certificate of appreciation at the end of the event. 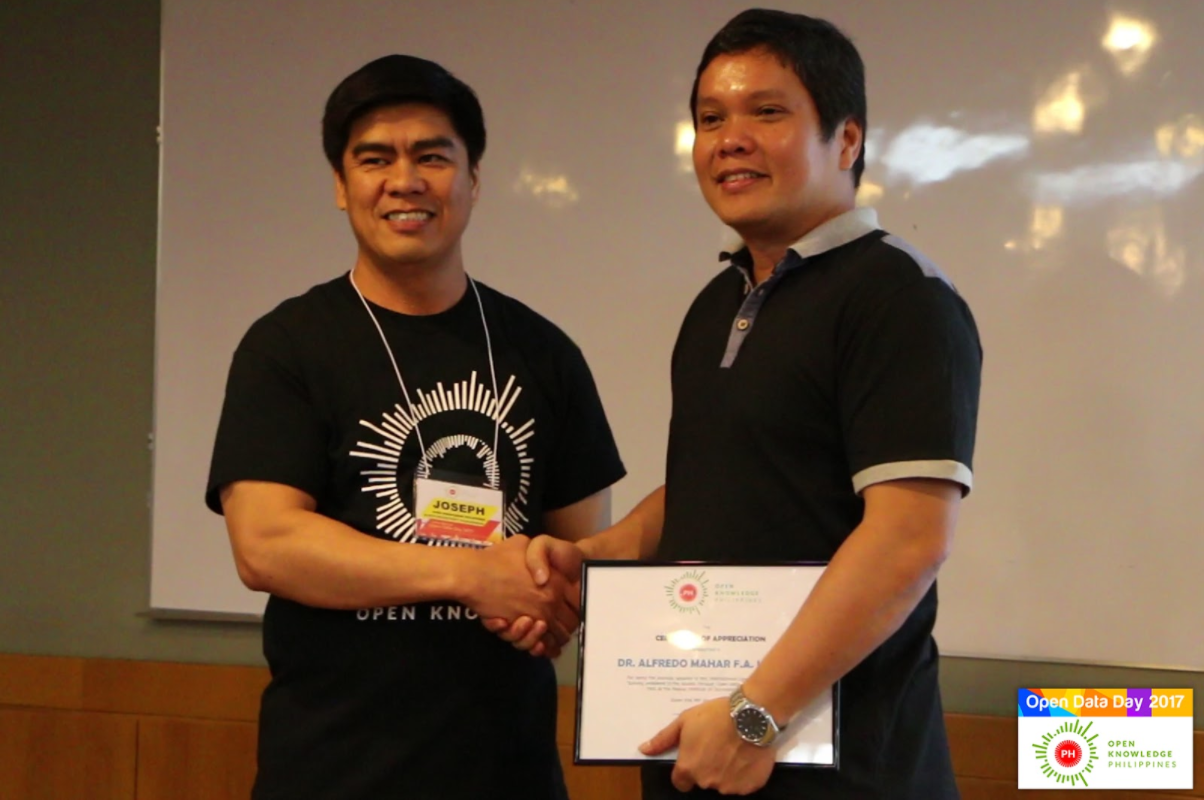 Awarding a token of appreciation to Dr Lagmay

According to a student participant:

The open data day celebration was a great avenue to learn the value of open data and the tools being used to solve problems in the society, such as disaster assessment through crowdsourcing and mapping, developing an open data portal, data journalism and a lot more.

The Open Knowledge Philippines team is happy to have helped organise the open data day celebration and appreciative of the opportunity to show participants the value data can make in information systems and in effect help facilitate and solve problems in the society. We also had the chance to introduce participants to projects that are effectively using open data through the work of civil societies to push for better services from the government.

The stickers, program and poster prints were sponsored by Open Knowledge International. The swags were provided by DOST-DICT iGovPhil Project and Open Data team. The snacks and lunch provided by the organiser – Open Knowledge Philippines.

The event photos can be viewed on our Facebook community page – https://www.facebook.com/Open-Data-Day-2017 and facebook.com/groups/openknowledgeph, video documentation can be played  here:

See you next year for another open data day celebration, and hopefully, we will be much better and present innovative solutions and create impact through open data!

Jo is an open data advocate and the local group ambassador for Open Knowledge Philippines.