The Local Open Data Index Nepal 2015 is a crowdsourced survey that examines the availability of Open Data at city level. The survey was conducted for the second time in Nepal by Open Knowledge Nepal. See our previous post that announced the local index here.

For the decentralization of power from central authority to district, village and municipality levels, Nepal government use Local Self Governance Regulation, 2056 (1999). where Village Development Committee (VDC) and District Development Committees (DDC) both act as planners and program implementing bodies of the government. Where municipalities are also doing the same kinds of tasks but at smaller scale, it has created difficulties in understanding layers of governing units. This overlapping of powers and roles has also been found in the government data space; average citizens still don’t know which local governance units are responsible for the data they need. This highlights the importance of a survey around open data and publishing.

Global surveys such as the Global Open Data Index and Open Data Barometer taught us that availability of open data and participatory governance in Nepal is not reaching full potential in terms of everything from citizen readiness, to data release and data infrastructure in Nepal. Using World Wide Web Foundation terminology, in Nepal we are operating in a “capacity constrained” environment.

Furthermore, in Nepal citizen participation and using open data often makes more sense and is more powerful at local level as it is local governments that handle all national and international project for citizens and generates data from it. However, open data is still a new concept in Nepal and the central government has only just started releasing data, with data even less available at the local level.

Why do we need a Local Open Data Index in Nepal?

The Local Open Data Index is intended to help to put the discrepancies of local level on the map (literally!). Peter Drucker said, “What gets measured gets managed.” Mapping the gaps will aid strategic planning and help create a framework for action and citizen engagement at all levels.

For local governments to adopt openness, they need to understand the what, why and how of opening up their data. Government need to learn why making data open is not only a means to make them accountable (or worse – alarmed), but also a tool to help them become more efficient and effective in their work. Governments need to understand that opening data is only the beginning of participatory governance, and for them to participate they need well defined and easy-to-adopt mechanisms.

The Local Open Data Index for Nepal will help in assessing the baseline of availability and nature of open data in Nepali cities. This will help to identify gaps, and plan strategic actions to make maximum impact.

A survey was done in 10 major cities of Nepal by open data enthusiasts and volunteers inside and outside of Open Knowledge Nepal. The cities chosen were Kathmandu, Bhaktapur, Butwal, Chitwan, Dolakha, Dhading, Hetauda, Kavre, Lalitpur, and Pokhara.
The datasets that we survey were Annual Budget, Procurement Contracts, Crime Statistics, Business Permits, Traffic Accident, and Air Quality.

Unsurprisingly, the largest municipality and the capital of Nepal – Kathmandu – ranked highest, followed by Pokhara and Chitwan.

Different datasets were available in all 10 cities in digital format on the government websites. All available datasets are free to access. However, none of the datasets were machine readable, nor were any datasets licensed with any of the standard open data licences.

Datasets regarding annual budgets and procurement contracts are easily available digitally, although not open in standard sense of the term. Datasets for air quality are virtually nonexistent. It is not clear whether data is available in categories such as Traffic Accidents or Business Permits.

The central government of Nepal has been slowly adopting open data as a policy, and has shown commitment through projects such as the Aid Management Platform, Election Data, and interactive visualization available in National Planning Commission website. The enthusiasm is growing, but, has not yet spread to local governing authorities.

Read more about it in the official white paper. 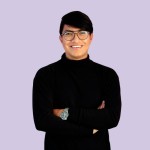