Last month Open Knowledge Germany hosted the first Datensummit, a two-day festival for those who shape development within the fields of open data, transparency, data literacy and civic tech. With OK Germany existing for over five years already, it was a good moment to both look back on developments in open data, civic tech, transparency and civil participation in Germany, but more importantly, to bring the community together and stimulate future inspiration on how to advance open data in Germany even more. 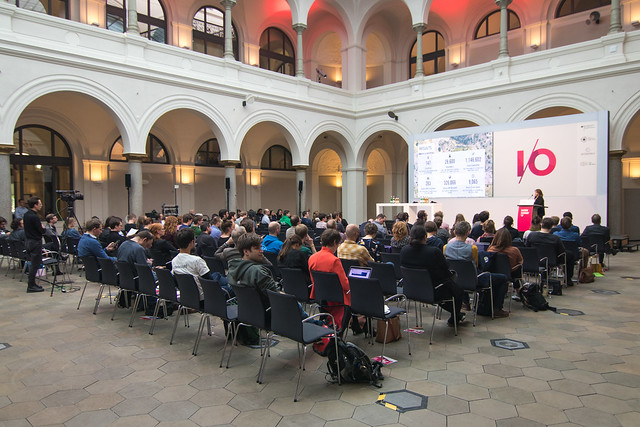 During the first day at the German Federal Ministry of Transport and Digital Infrastructure (BMVI, also sponsor of the event) the focus was on fostering interdisciplinary exchange with politicians and public administration, with talks by OK Germany staff and international speakers. The second day was structured in an unconference format, with opportunities to exchange ideas, develop and plan new open data projects in barcamps and workshops. The impressive program of the first day attracted nearly 300 participants.

Nadine Stammen, part of the organising team of the Datensummit, shares more information on the speakers:

The location of the German Ministry was strategically chosen, precisely to encourage further collaboration between government and CSOs advocating for open data. As Christian Heise, Chairman of the Board of the OK Germany, stated:

The Datensummit 2017 has shown how government and civil society can work together to demonstrate why open data and open knowledge are useful to society as a whole, and that intransparent governmental and administrative action is no longer an option.

Elisa Lindinger, a member of the OK Germany team, talks about the contact with the Ministry, and the strength of the German open data community:

The organising team also cleverly stimulated participants of different backgrounds to mix and talk to each other: during the registration, all participants received three coloured bracelets based on the type of organisation they work for (for example pink for NGOs and green for government representatives). Whenever you talked to someone, you could swap bracelets, with the aim of ending up with as many different colours as possible of course.

OK Germany showcased the breadth of the open data field that they are working on, with staff presenting their work on projects around freedom of information and politics (such as FragdenStaat.de, a platform through which people can easily submit FOIA requests in Germany), the economic potential of open data and a summary of the current state of the Code for Germany community (which brings together developers, designers and those interested in open data in 25 local groups across Germany).

Under ‘Civic Tech inspirations’, winners of the first round of the Prototype fund (a publicly funded program for non-profit software in civic tech, data literacy, and data security in Germany) showcased their projects, and the Datenschule, the German brach of the School of Data, brought together representatives from the international School of Data Network to discusses data literacy approaches and digital NGO projects.

Elisa Lindinger shared her thoughts on the current state of open data in Germany: 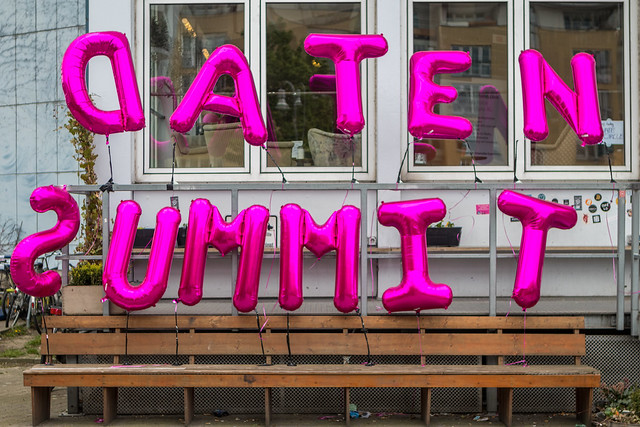 In addition, invited external speakers added valuable perspectives on data: from insights around ethical data handling (Zara Rahman – About people, data and good intentions), engaging volunteers in analysing data on human rights violations (Milena Marin on the Amnesty Decoders project) and the value of a German transparency register for investigating tax evasion and money laundering (Vanessa Wormer on her work on the Panama Papers) to the beauty and potential of hand-drawn data visualisations to make data more accessible and understandable (Stefanie Posavec – Reflections on Dear Data).

You can watch all talks of the first day on this Youtube channel: the German blog report of the event is available from the Open Knowledge Germany blog.

As Communications Officer, Lieke works on increasing the profile and awareness of Open Knowledge Foundation projects online. She previously coordinated the OpenGLAM initiative, promoting free and open access to digital cultural heritage data and has been managing European projects in the areas of open cultural data, open access and open science. She is based in Berlin, where she also serves as Community Director of the Disruption Network Lab.