As the more eagle-eyed among you may have noticed, our quarterley newsletter due at the start of July never made it to you. So here’s a double bumper issue, Newsletter 18.5! We’re going for a bit less content, and hopefully by next episode we’ll have a whole new format ready. In the meantime… here’s what we’ve been up to!

Open Government Data Camp is the world’s biggest open data event. It brings together civil servants, developers, NGOs and others for two days of talks, workshops and project sprints.

The camp has 4 key objectives:

We would like Open Government Data Camp to help to build irreversible global momentum for open data, and to encourage more organisations and institutions to adopt open data principles as part of their organisational DNA. EU, US and international travel bursaries are available! 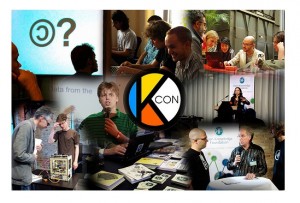 We had a fantastic time in Berlin this summer, for OKCon 2011. It was an incredibly inspiring week, with the main conference on the 30th June and 1st July, preceded by a couple of days of workshops, hackspaces, and idea-sharing. It was brilliant to see so many of your faces, from across the global OKF community. Everyone seemed to leave with a broadened sense of the possible, and we’re really excited about what the coming year holds for the open data movement.

You can find all the post-event information, including videos, slides, and details of the various workshops and presentations the took place, here.

The Open Data Challenge, Europe’s biggest ever open data competition ran from early April until late June. With 430 entrants competing for €20,000 worth of prizes, the all star cast of open data gurus on the judging panel had a very hard time choosing the winners. From the brilliant visualisations on the Bike Share Map to the ZNasichDani app from Slovakia, which uncovers influential people standing behind companies successful in securing contract with the state, we were blown away by the standard of the entries. To find out more about the entrants and winners see the Open Data Challenge website.

Since their success in the Open Data Challenge, the Fair Play Alliance who built the ZNasichDani app have found themselves subject to an injunction with regards to certain data used on the site. We wish them the best of luck fighting this censorship.

If you haven’t seen it yet, check out the new OpenSpending site: . The team have been hard at work over the past few months, securing and uploading a massive new release of Italian spending data in April, getting all that data.gov.uk data for government spending over £25k put in, and creating some fab visualisations. It was really exciting to see the site go live in time for OKCon 2011!

The long-term aim of the project is to track every government and corporate financial transaction across the world and present it in useful and engaging forms for everyone from a schoolchild to a data geek. So if your country, state, or city isn’t yet involved, we’d love your help getting that data input from all over the world! Head over to the site for more info.

We were absolutely thrilled when Spending Stories was named a winner in the Knight News Challenge! It aims to help the public contextualise the numbers that get bandied about in news stories on government finances, linking the public with the data. We’ve integrated the project into OpenSpending, and you’ll be hearing more about developments very soon…

And YourTopia, the first project of our fledgling OpenEconomics Working Group, grabbed third prize in the World Bank Apps contest! Answer a short quiz about your priorities in terms of different measures of development, and the app crunches WB data to tell you which countries in the world are closest to your utopia. Your anonymised answers will also contribute to constructing a measure of social progress worldwide!

PUSHING THE FRONTIERS: THE OKF IN EUROPE

The OKF community is expanding! We were really excited to welcome a new OKF chapter in Austria, the Open Knowledge Forum Österreich. For their first act, they brought us the fantastically successful Open Government Data Konferenz 2011 – a fully booked conference convening experts, practitioners and change agents from austria and abroad. They’ve now managed to secure the use of CKAN and CC-BY licensing as nation-wide defaults for all government data and software releases!

We were also thrilled with the launch of an OKF mailing list in the Czech Republic, which followed on from the Big Clean event in Prague; and to hear that following an Open Government Data Workshop in Sofia, a new Bulgarian translation of the Open Knowledge Definition (OKD) has been made!

And our German Chapter has been going from strength to strength, with achievements including the launch of FragdenStaat, and exciting upcoming events including their Apps für Deutschland competition, and the Open Aid data and Conference hackday in Berlin later this month! Keep up-to-date with all their goings-on on their website.

To find out more about establishing local groups and chapters in your country or region, visit !

WHAT’S GOING ON WITH US…

With so much activity over the past few months, it was clear the OKF core team were in need of a little assistance. Luckily we’ve been rescued by the arrival of our two new amazing community coordinators – Kat and Lucy! They’ll be joining Jonathan in helping keep the spiralling OKF community running smoothly: you can find out more about both of them, and the rest of the team, on the OKF team page.

And to house our growing family, we’ve taken up a new residence in London. Check out this cool video that Kat and Lucy put together of our shiny new office at the Centre for Creative Collaboration!

If you’d like to join the OKF, we’re on the lookout for:

You can find out more about all current vacancies on our Jobs page.

You can also find a plain text version of this newsletter for email on our okfn-announce list.