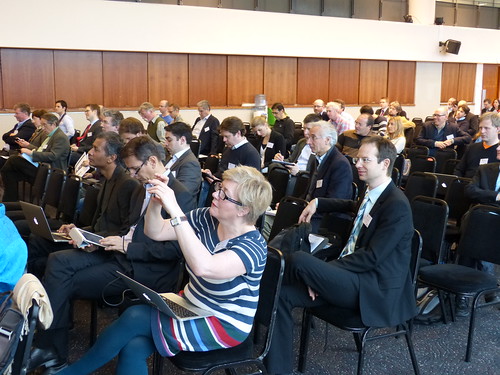 Over 500 data professionals gathered last week at European Data Forum conference in Dublin. This is the annual meeting place for industry, research, policy makers, and community initiatives to discuss the challenges and opportunities of Big Data in Europe. One of the main sentiments throughout the event was a profound interest in openly licensed data and developments in the field of linked data.

The Open Knowledge Foundation was represented by Sander van der Waal and myself, and we took part with reference to the LOD2 project (an EU-funded project on Linked Open Data) and the Apps for Europe project (supporting apps competitions around Europe) – as well as to stimulate open data discussions in general. That seemed to have an increasingly fertile ground, as one of the main sentiments throughout the conference was a profound general interest not only in linking data, but also making them legally and technically open.

Open Data on the political agenda

Irish Minister for Justice, Equality and Defense Alan Shatter was among the first in the official program – which was initiated with a brief video message from EU Vice President Neelie Kroes – to address the need to embrace linked data, rightly calling it the new digital frontier. He seemingly hinted at the need for open technical standards and open licensing to be the norm, by emphasizing the need to change EU data protection regulation to enable maximum gain from the massive opportunities put before us in linking the vast datasets (commonly referred to as Big Data). This notion was supported by Robert Viola, Deputy Director General at European Commission (from Directorate General for Communications Networks, Content and Technology) in his subsequent presentation highlighting among other how open data is the optimal way to improve public health systems.

Representatives from the European Commission’s DG Connect (Directorate General for Communications Networks, Content and Technology), Malte Beyer-Katzenberger and Francesco Barbato, continued this thought by presenting a concept called the EU Data Value Chain, which is a part of DG Connect’s effort to ensure that digital technologies can help deliver the growth which the EU needs. The initiative is working on creating a European data ecosystem in accordance with EU’s Open Data Policy which covers ao. open government data, public sector information (PSI) and Open Access. The reason for this is the need to pursue untapped business opportunities, ensure better governance and citizen empowerment (through transparency), and the need to address societal changes and accelerate scientific progress. In that regard the European Commission has been pushing members to open up data since the launch of the PSI directive in 2003.

Malte Beyer-Katzenberger also presented the EU Open Data Portal later in the conference program, which we at Open Knowledge Foundation have helped develop. The portal is part of the European open data infrastructure that aggregates metadata from sources across the EU and acts as a single access point which helps to identify what data exists without knowing who is holding them; at the same time, Beyer-Katzenberger noted, it also acts as a driver for re-use policies inside the organization.

Open data as an innovation strategy for industry

The first day of the event also saw the announcement of the winner of the European Data Innovator Award, which was given to Michael Gorriz, CIO of car manufacturer Daimler, for his linked knowledge systems in Mercedes cars. Gorriz explained how data is connecting customers and enterprises more directly – calling it an emerging new economy of crowdsourcing and interaction – and highlighted the enormous business potential of linked open data. Specifically, he stressed the importance getting data and information out of the technical and legal “silos” (referring to proprietary data) in order to create value. This obviously requires not only overcoming the technical challenge, but also the cultural one of adapting to making business and driving innovation through linked and open data. In this argument Gorriz referred specifically to Sir Tim Berners-Lee’s principles for linked open data and the need to leverage standards such as RDF and Sparql instead of developing proprietary technologies. As a key point he also urged other business leaders to step into the new economies by building trust and reducing the fear of data transparency – and to dare using linked open data to drive the cultural change of their enterprise. 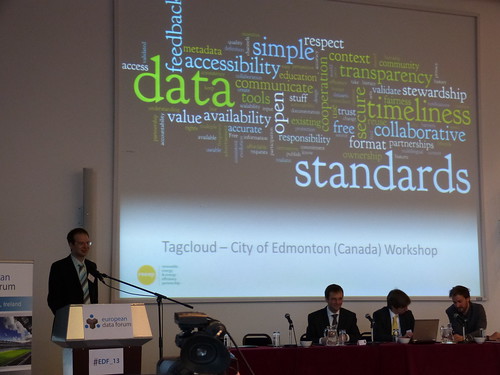 In the field of energy, Florian Bauer from REEEP (The Renewable Energy and Energy Efficiency Partnership) gave a presentation advocating open data as a way of helping the uptake of clean sustainable energy in society in general. Based on experience from the more than 180 clean energy projects in 58 countries REEEP has supported, Bauer pointed out that the power of open data lies in energy companies avoiding replication of work by having joint access to data, and therefore being able to concentrate resources on their own expertise and keeping maintenance to a minimum. Additionally, open data allows for lowering CO2 emission by using the data that is already there. However, Bauer explained that this road has only just begun. Connecting data portals through open standards and with interoperability is needed, and the energy sector needs to publish more data – in raw, machine readable formats and under licenses that allow re-use.

Another major industry representative, Chief Engineer of IT at Statoil, Knut Sebastian Tungland (responsible for technology strategies and professional practices), spoke on the second day of the conference and started out by commenting on the main point that he felt he would take from the conference: namely that they need to act on open data in general, which is not something that he feels they’ve contributed to a lot to so far. In the same breath he expressed the difficulty in doing so and sent out an invitation to help them leverage these ideas – to help them figure out how to share their data. 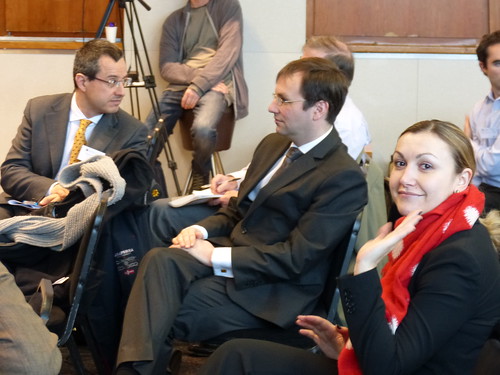 The European Data Forum also featured a presentation by Open Knowledge Foundation (by Sander van der Waal and me) about the publicdata.eu project that has been developed as part of the LOD2-project (focusing on Linked Open Data). The publicdata.eu portal, which runs on the CKAN open source data management system, provides access to open, freely reusable datasets from local, regional and national public bodies across Europe.

The publicdata.eu portal has recently been updated with a new set of social features and visualization capabilities, inviting citizens to examine, discuss and share the datasets; thereby making it easier to find relevant data to use for science, journalism and research in general – as well as for business and app development purposes. 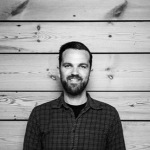